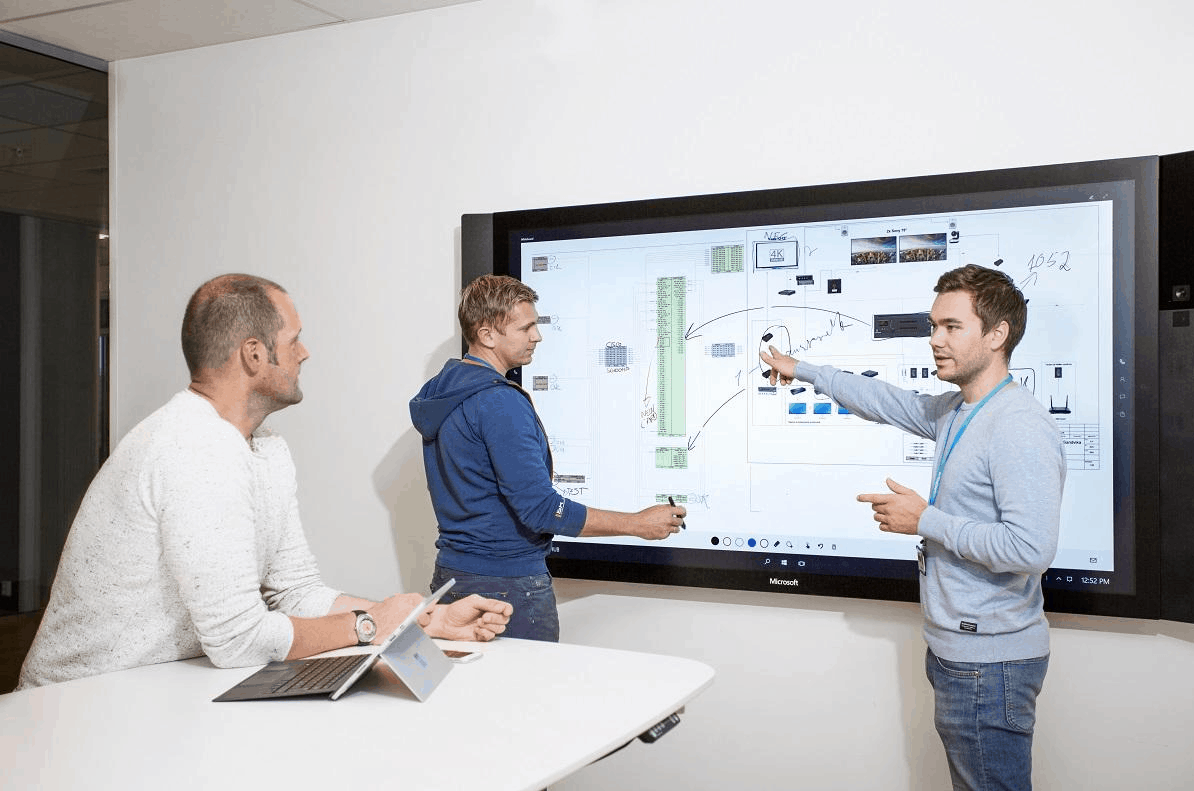 The Microsoft Surface Hub has come a long way from its launch in early 2016 to where it is now. Since that time, it has become a staple in the visual communications industry.

A large touchscreen device, the Surface Hub is mounted either on a wall or on a roller stand. Its primary uses are collaboration and video conferencing. Offering capabilities such as save-and-recall whiteboarding, it also allows for integration with Microsoft Word, Excel, and PowerPoint.

Take a look at the Surface Hub so far and what Microsoft is doing to advance the device and open it up to new customers.

RELATED ARTICLE: HOW HAS TECHNOLOGY CHANGED THE WAY SMES OPERATE?

During the device’s initial release, Microsoft shipped to more than 2,000 customers in 24 markets across the globe.

As a matter of fact, the demand on release was so strong, especially for the 84-inch unit, that the company had to delay the release for several months. The high demand allowed the company to raise the price accordingly.

Microsoft originally expected businesses to buy 5 to 20 of the units on average, but customers surprised them by buying about 50 devices for each department on average. One car manufacturer bought 1,500 Surface Hubs in one order, strengthening the idea that the Surface Hub is here to stay and in continual high demand.

With any device release, both users and potential customers are are bound to encounter problems. The Surface Hub has been no exception.

The first problem was the initial cost, coming in at $7,000 for the 55-inch unit and $20,000 for the 84-inch unit. For many small to medium-sized companies, this is no small investment. For most startups, the price was prohibitive, even if the device could have brought them advantages.

Currently, Microsoft is targeting these smaller businesses by introducing the Surface Enterprise Initiative. This plan aims to make the Surface devices easier to acquire. It includes a Surface-as-a-Service subscription and multi-national partnerships that help Microsoft reach more customers in expanding markets.

In partnership with companies such as Dell and IBM, Microsoft aims to make the Surface Hub available to businesses of all types.

Microsoft also now offers a “Try and Buy” scheme. This plan allows customers to try out up to five units at a discount for 30 days. It could be a boon for businesses that need to evaluate the Surface Hub before they decide to purchase.

The marketing people at Microsoft are convinced that once a business tries the Surface Hub, they’ll want to keep it. And they’ve got the numbers to back up that confidence. They estimate a return on investment of 138% and increased sales of 20% for companies that use the Surface Hub.

With the Microsoft Surface Hub still in its infancy, the device is evolving fast. It seems destined to hit its target of accommodating a myriad of customers across multiple industries.