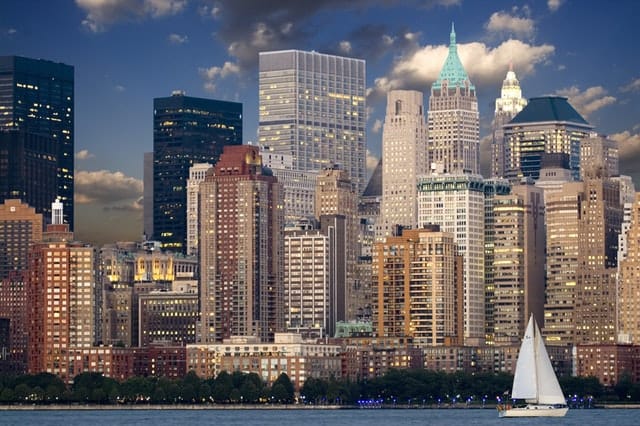 Women entrepreneurs are taking ground in the push for equal rights for women in the workplace.

For decades, female employees pressed for access to the same opportunities and treatment as their male counterparts. This became especially true as women penetrated some fields that men had dominated for years.

But women entrepreneurs do not have to push for their rights in the workplace. Instead, they decide whom to hire and whom to work with in their firms. In New York City in particular, women are succeeding in business because of empowerment programs in place there.

RELATED ARTICLE: TIPS FOR WOMEN ON HOW TO SCORE BUSINESS FUNDING

In fact, the number of women in the tech industry has increased rapidly in the past few years. For instance, in the third quarter of 2015, about 16.9% of all the companies that received venture capital in New York City had a female founder.

Despite all these gains, there is still potential for increasing the number of female-owned businesses.

The number of female entrepreneurs in New York is impressive, but the statistics about their businesses are worrying. For instance, only 9% of all the female-owned companies have paid employees. This means that more than 90% of all women in business are doing all the work to run their business. Another worrying fact is that the average sales in these businesses are low. Female workers who leave employment for business are still earning low compared to male entrepreneurs.

Men own the largest private companies in New York. Only 17 out of 150 large companies have a female founder or leader. One reason for these statistics is that women face challenges in accessing capital, including SBA loans. In some industries there has been a definite skill shortage identified among females.

Then, too, women often have limited access to quality information. In addition, female entrepreneurs don’t always have the same comprehensive networks to help them build large businesses. Other challenges that have faced female entrepreneurs include lack of mentorship and gaps in leadership.

Given the low number of large female-owned businesses and the challenges facing women entrepreneurs, it’s clear that women in New York need empowerment. Women entrepreneurs need help in accessing enough capital to scale up their businesses. Existing empowerment programs such as Strategic Steps for Growth and WE NYC (Women Entrepreneurs NYC) initiative should be expanded. These programs focus on empowering women with skills and knowledge on how to run successful businesses.

The programs should be expanded to reach more women in business, especially in low-income communities. The Strategic Steps for Growth program operates below its full capacity in New York City. Scaling up the program to its full capacity will increase its reach.

One of the reasons why more than 90% of women-owned businesses have no employees is that many women prefer home-based initiatives. Such businesses enable them to balance their family responsibilities with the demands of their businesses. Therefore, women entrepreneurs could require additional support in home-based businesses.

Another way to empower New York’s women entrepreneurs is to increase the number of export opportunities accessible to women. Data from the National Women’s Business Council show that 99.5% of female-owned small businesses sell their products in the US. So women need programs to help them expand their trade to reach international markets. For instance, manufacturing food products for the export markets could help women scale up their businesses.

The large number of women in business in the city is an indication that women are interested in growth and equality in the workforce. However, women face major challenges in accessing government contracts. The major reason for this limitation is the lack of certification. New York City agencies should increase the number of certified women-owned companies. In addition, the agencies should reduce the number of restrictions on childcare businesses.

A hopeful sign is that there are many organizations and initiatives in place to encourage such growth. These programs range from women-only business centers in NYC, to networking, mentoring and financial assistance. The De Blasio administration wants to increase the sum of contracts granted to minority- and women-owned businesses to 30% of the total by 2021. Empowering women in these ways will help women grow their businesses and earn substantial income from their initiatives, further decreasing the gender gap.