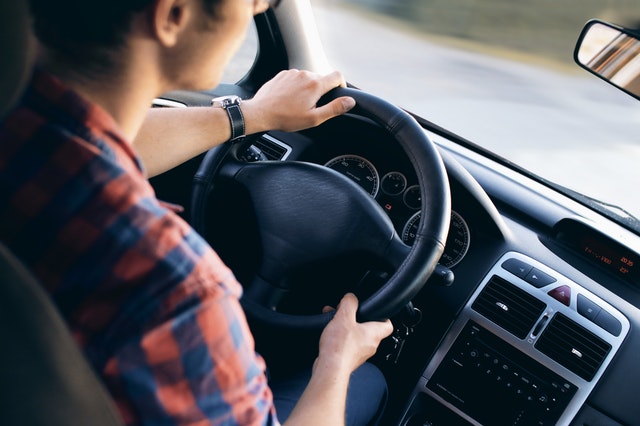 Ever since the advent of Uber and Lyft, rideshare drivers have been complaining about employment issues. This was partially due to marketing by Uber and Lyft that exaggerated the incomes drivers could expect to make. Add to this the facts that drivers are self-employed and that calculations for drivers’ expenses were complex and difficult to understand, and you have some pretty disgruntled drivers.

On the other hand, when rideshare drivers find a way to share a few driving tips and share stories from everyday experience, you have a great algorithm for creating a helpful information network. This is exactly what happened when hundreds of blogs, vlogs, forums, and groups started to appear online and created a dialogue among themselves that’s also open to the public.

RELATED ARTICLE: WHY SHOULD YOU CONSIDER BEING A FREELANCER?

I’m an experienced Uber driver with over 3.5 years of driving for Uber and Lyft. I believe it is essential to help the inexperienced driver build up confidence and skills, enhance their driving skills and improve their passenger interactions. Further, most of them need help with avoiding and resolving problems and issues with Uber or Lyft in situations where they do not understand company policy.

These online forums, which also function as support groups, can help inexperienced drivers find their way with issues such as:

Additionally, rideshare drivers can learn about new gadgets, apps, and accessories that can help them. For instance, there’s the Mystro app, designed by a rideshare driver.

Rideshare drivers primarily want to know how to drive better and how to increase their income. They want to understand what is happening with their contracts and the company they drive for. They need to know about emerging technologies and the future of the rideshare industry.

Drivers often ask themselves, “Do I need to entertain my passengers or just drive them from Point A to Point B? Which car is best suited for my work? Can I afford, and do I want to afford to be an UberBlack driver? Is pool driving cool or a headache? How about tips for making more money driving?”

In response to these questions, social networks have become populated with tips, blogs, and articles. There are numerous rideshare networks now, on local, national, and even global levels.

In the US this means by city and by state. Drivers are generally limited to driving within their own state, and each state and each city have specific laws and regulations relating to drivers. Further, incomes and incentives vary among regions. Questions such as, “Where is the best area for drivers in Denver, and what are the best times?” are common questions for all local networks.

These networks deal with cross-border issues, such as tips for drivers starting out in Canada and driving into the US. Other discussions might concern, for instance, Didi’s expansion into Mexico and how it will affect US drivers. Or what is happening with SoftBank and all its rideshare holdings.

The rideshare apps do not allow for discussion groups, so social media and blog sites have stepped in to fill that gap. This online discussion has increased awareness among rideshare applicants. It has also educated Uber and Lyft executives about what is going on in their drivers’ minds and lives.

One interesting use of driver networking is the discussion of policy changes. When Uber fired founder Steve Kalanick from the CEO position and appointed Dara Khosrowshahi to replace him, forum participants from all over the world followed the changes closely. Hashing out the changes helped drivers better understand the issues and how to relate to them.

Naturally, though, the most popular topic on any of these networks is income. The discussion becomes especially heated when policy and technological changes affect drivers’ incomes.

Drivers are not afraid to share screenshots of their income, and they readily compare notes.

For example, when Uber introduced their lucrative up-front pricing system for customers, passengers paid the higher rate while drivers continued to receive the lower fare rate that was set by the app. When drivers compared notes and realized they were missing out on a percentage of this additional income, this led to an uproar.

Drivers felt so cheated that only about half of Uber drivers during Kalanick’s tenure lasted more than a year. This, however, did not stop Uber from becoming the world’s leading rideshare company during that time.

There are about 700,000 Lyft drivers and 750,000 Uber drivers, with between 10%-29% driving for both. Since the models used for defining a driver’s income are different in Uber and Lyft, income rates vary between the two companies. However, driving for both is similar. In both, the customer is important, policies about handling unruly customers are roughly the same, and ratings make or break the driver.

Using the Network for Company Messages

The drivers’ network is not lost on Uber and Lyft. Both companies have asked drivers to post messages on their forums and boards so that drivers will be triply notified. That is, they will get a message through the app, their e-mail and on the network. On other occasions, drivers who have been selected to perform in company-specific pilot programs have shared the pilot data online with other drivers.

Driver networks are common and useful tools for the driver as well as for new applicants. Anyone who is interested in rideshare driving should join and read as many forums and sites as possible. Only in this way can you compare information and make an informed decision.

Aman Bhangoo is the co-founder of RidesharingForum which helps rideshare drivers and riders to find answers to their most pressing questions. With more than three years of experience, Aman brings a vast amount of knowledge, style, and skill to help fellow drivers. He has given more than 18,000 rides with Uber and more than 6,800 rides with Lyft.