Business Opportunities
Home Capital Sources All That Glitters: Should You Really Be Investing in Gold? 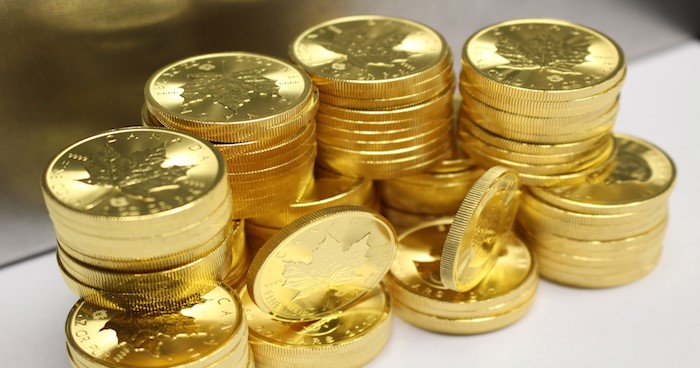 Many a business owner is looking to make wise investments in order to build financial stability for his or her company. In this light, you might have heard that gold is a stable investment. It is true that few assets can match its stability or its liquidity. Plus, its spiritual and cultural relevance around the world ensures that this lustrous golden element will remain an integral part of the world economy.

However, while gold is still a safe investment, it is not the wisest or most productive form of investment. Below is a list of reasons why you should reconsider investing in gold if you are looking for better returns and profit.

Gold Has a Rich History

The precious yellow metal was first smelted in Egypt around 5,000 BC. Originally, it was used only for jewelry and art. However, it eventually made its way into currency. Thereafter, golden coins served as an international currency for hundreds of years. In the process, this metal transformed world trade completely.

During the 11th century, gold became a symbol of wealth and luxury throughout Europe. Indian culture and bureaucracy also used it extensively. Native American and native Australian cultures imbued it with spiritual relevance.

Its rich history continues to give it deep significance even today. Moreover, it is universally regarded as a sign of prosperity. As a result, it has served as a means of safely investing money for long periods. As a matter of fact, the gold rate in India could continue to climb. However, there is no certainty that such a pattern will persist in the days to come.

Where Does Gold Stand in a Changing World?

Gold was certainly an appropriate investment in the past. However, the world economy continues to develop in unpredictable ways. As a result, the security of investing in such material objects has altered.

It is a common misconception that its price will continuously increase, resulting in great profit. However, gold’s value derives from such things as the value of the US dollar, the demand for it, the amount of it in central bank reserves, and other factors. Only its tangibility and the fact that it yields more when currencies fall give gold its reputation as being a safe investment as a hedge against inflation.

It’s a Safe Investment Only in Case of Global Turmoil

However, there is no single factor that affects its price. As a matter of fact, even the experts puzzle over the causes of its sometimes skyrocketing prices and its stagnating prices at other times.

However, this very inability to pinpoint specific factors that affect its price means that gold is a safe investment. This is especially true in times of huge fluctuations in the world economy. All the same, though, this doesn’t mean that an investor won’t incur losses, especially with investments in gold mutual funds or mining companies.

In the long term, returns from investments in this precious metal are low as compared with other forms of investments. Therefore, mutual funds and SIP’s have become increasingly popular with investors. This is because of their ability to return handsome profits in relatively short periods of time.

On the other hand, the precious yellow metal has little utility other than as jewelry or gifts. What’s more, in the case of major investments, especially bullion, investors face additional costs for storing and safekeeping of this physical asset.

It’s Not a Participant in the World Economy

In calamities and disasters around the world, when paper currencies lose their value several times over, gold can serve as an alternate currency.

However, during more normal times, it does not participate in the global financial system. Unlike stocks, bonds, or deposits, gold doesn’t contribute much to economic growth or development in any way.

It Provides No Tax Benefits

Many investment schemes are specifically designed to provide tax benefits. These incentives encourage people to invest in them. However, gold offers no tax benefits to the owner.

Returns on EFT’s Are Also Insecure

Since investing in gold is not limited to physical forms such as bullion, investors need to consider as well the risks in ETF’s (exchange-traded funds). In other words, consider the risks inherent in the companies that trade in gold.

It is definitely safer not to invest directly in bullion. However, those companies which trade in gold can incur profit or loss depending on a variety of factors.

For the most part, gold remains culturally and spiritually relevant, mostly in Eastern societies. However, if you’re looking for high returns, it is neither the safest nor the smartest commodity to invest in.