Business Opportunities
Home Casino A Brief History of Betting in America: How Has It Evolved? 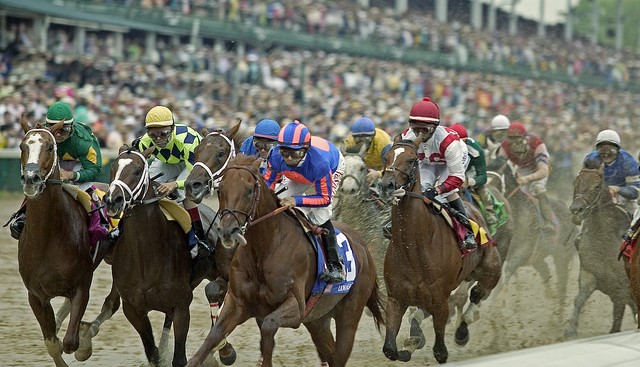 America has an interesting relationship with betting and other gambling. Placing bets and playing games of chance is perfectly legal in some states. However, other states have effectively outlawed it.

To understand the current state of play when it comes to the business of betting in America, it’s important to look to the past. Here’s an overview of how attitudes toward and acceptance of gambling have changed over time.

RELATED ARTICLE: HOW DO THE WORLD CUP GAMES AFFECT THE WORLD OF BUSINESS?

During the 18th and 19th centuries, there was much social and political upheaval across the US. There was very little regulatory framework in place to police betting in the states that made up the union. There were also long-established events on which wagers were regularly placed. Today, these remain a staple of the sports betting marketplace.

Horse racing is the most important of them all. Developed in the 17th century in New York, horse racing eventually spread to many other parts of the nation. Most notably it endures in Kentucky, where the annual derby is today a globally popular event.

Prior to the 20th century, gambling was accepted as an activity in most parts of the country. This was true even if it was not actually supported or legally recognized by state administrators.

In the five decades following 1900, the world of betting was subjected to more scrutiny, regulation, and criticism in the US. States had accumulated enough influence and power to pass laws restricting or banning betting outright. This robbed the industry of its legitimacy. Therefore, criminal gangs took over and underground bookkeeping became widespread.

Gambling scandals soon rocked the country, most notably in 1919. It was then that the Chicago White Sox reportedly took a collective bribe of $10,000 from a mob boss to throw the World Series. This sealed public opinion against betting as a pastime. However, perhaps the scandal should have been seen as an argument in favor of legalization. That’s because proper regulation could have prevented such issues. Further, legalization of betting could have fostered the building of legitimate businesses and the boosting of local economies.

Nevada took exactly this route when it chose to legalize casinos in 1931. However, the main motivation for the decision was the Great Depression, which had pushed the state to the brink of economic disaster. It took a further two decades for the casino scene to really take off. Thereafter, Las Vegas blossomed as a gambling mecca, thanks to favorable regulations and investments from gangsters.

Today, there is no federal law against gambling. However, states still have free rein in terms of the restrictions they place on betting activities. Aside from Hawaii and Utah, legal wagering opportunities are available in every state.

The biggest challenge thrown up in the post-Internet age is how best to regulate online gambling. This remains a contentious issue. Moreover, the Unlawful Internet Gambling Enforcement Act of 2006 created a lot of confusion for states and players alike.

Thankfully, the legalization of sports betting is now in the works. Plus, there are various places to play online entirely legally. For example, you can now visit a state-approved online casino in New Jersey, Delaware, Nevada, and Pennsylvania.

Each year, the direct economic contribution made to the US by the industry is more than $100 billion. As a matter of fact, $8.85 billion in tax was raised in 2015 alone. This might seem like enough of an incentive to encourage more politicians and lawmakers to embrace gambling in states that currently maintain restrictions against it.

A Favorable Future for Betting

Other parts of the US have gradually begun to warm to certain types of gambling. For example, New Hampshire introduced an officially sanctioned lottery in 1963. Another eleven states embraced this type of betting in the following years. This domino effect is a common feature of the business of betting in America. Once one state shows that it is possible to offer gambling opportunities legally, others are quick to adopt similar stances and reap the benefits.

1977 saw the legalization of gambling in Atlantic City. This allowed New Jersey to play host to the East Coast equivalent of Vegas. A decade later, the Indian Gaming Regulatory Act gave tribes the right to set up their own casinos on reservation land without the need to adhere to state regulations.

What’s in It for You?

Now and then, you need a break from running your business and the stress of it all. And one way to find some quick relief might be to place a wager on a sports event that strikes your fancy. Depending on where you live, you may or may not be able to do this.

Regardless, the winds of change are blowing. This means that the regulatory environment will eventually become more pro-gambling. Ultimately, wider legalization of betting and other forms of gambling is almost inevitable.