Business Opportunities
Home Around the Web USDCAD: What It Is and Why You Should Care About It 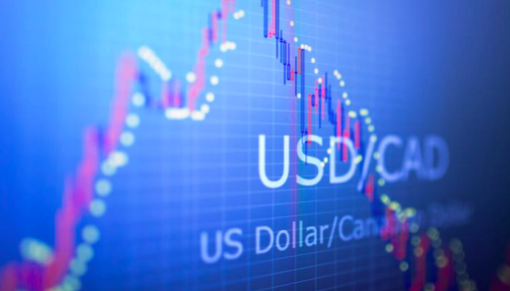 USDCAD, or USD/CAD, is shorthand for the pair composed of the United States dollar and Canadian dollar. Currency traders often call the pair the “loonie,” as that is a slang term for the Canadian currency.

While CAD trades with other currencies, it’s the pairing with the dollar that is the most important. The value shows how many Canadian dollars (the quote currency) someone would need to buy one US dollar (the base currency).

Characteristics of the USDCAD

Although it is one of the top five most traded currency pairs, the USDCAD is the least liquid of that select group. As such, this pair sometimes has relatively little volatility, especially outside of the US trading session.

Compared to the US, Canada has a relatively small economy.  For example, in 2016 Canada’s GDP clocked in at $1.53 trillion, compared to the US’s $18.6 trillion. However, each country is the other’s largest forex trading partner.

Canada has a highly developed economy. But that economy still has a large component consisting of commodity and agricultural production and export. Because of the strong trade connection, Canada’s economy is often subject to the ups and downs of the US economy.

However, it’s not the other way around. For instance, traders consider the US dollar a safe haven currency. That’s because it is often stronger than its Canadian counterpart due to lower inflation.

Monetary policy for the Canadian dollar is set by the Bank of Canada (BOC), which tries to keep the inflation rate at 2%, the midpoint within a window of 1% and 3%.

On the American side, monetary policy is set by the Federal Reserve (the Fed). The Fed adheres to what is called a “dual mandate” of keeping the inflation rate low while trying to achieve structural employment. In practical terms, this means the Fed will intervene to support the economy, and not just to maintain price stability.

Like the Fed, the BOC meets once every six weeks.

What Makes the Currency Pair Tick

As mentioned, Canada and the US trade the most with each other. As such, trade is one of the driving forces of this currency pair. Economic data from the US can spill over to affect the Canadian dollar. This is especially the case if the data relate to key exports from the north, such as petroleum, cars, and aircraft. Naturally, this also affects the USDCAD.

As one of the world’s largest commodity exporters, commodity prices can also influence the Canadian dollar’s performance. That’s because commodity prices will affect the demand for the currency as exporters repatriate their profits.

While the US currency is seen as a safe haven, its Canadian counterpart is seen more as a speculative play. This is largely due to the facts that Canada traditionally has higher interest rates and Canada’s economy depends on exports. However, Canada managed to weather the subprime crisis much better than any other major developed economy. This has led some analysts to rethink the classification of that currency.

To learn more about the USDCAD, check out Orbex’s economic calendar for a full list of economic data releases that can affect this pair. While you’re there, don’t forget to have a look at the trading tips section of the website for more information on how to trade the USDCAD.