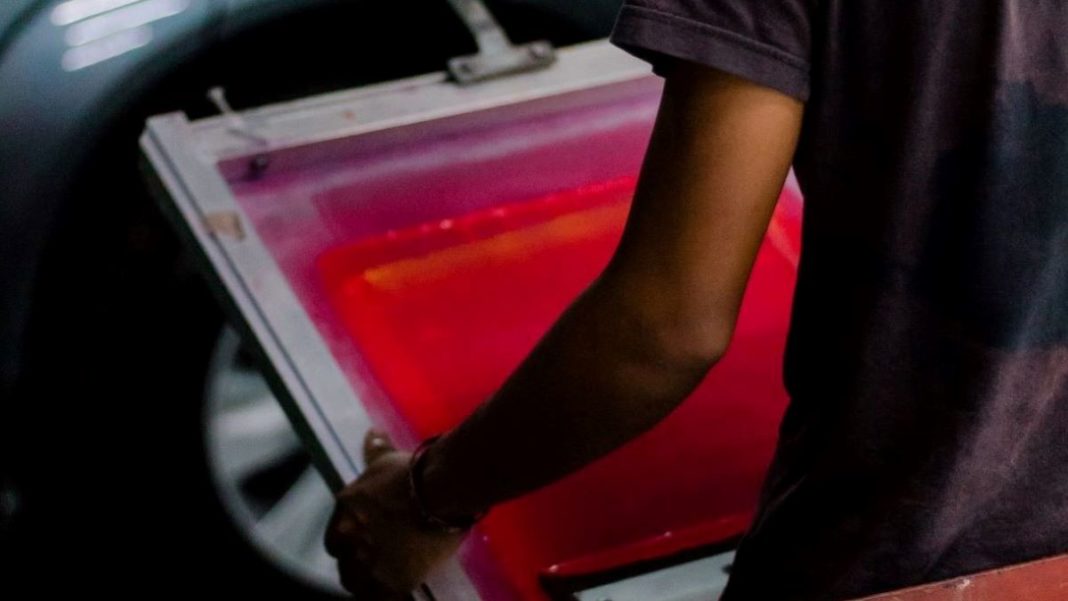 Photo by Nathaniel Sison on Unsplash

Even if you own a business that involves screen printing, you might not know the technique’s history. Interested? Read on.

Screen Printing Has Been in Use for Centuries

Screen printing has been in use for centuries now, dating as far back as 1,000 AD. It’s an ancient art form that has advanced over time. Today, it shows up on simple t-shirts as well as in fine art. Some of the most iconic examples of modern screen printing showed up in Andy Warhol’s work, but there are other uses many of us are largely unaware of.

In fact, you could even start a business based on this interesting and beautiful technique. If you would like to see an example of such a business, visit https://thrivescreenprinting.com/flock-printing/ for a fascinating tour.

RELATED ARTICLE: HOW TO TURN YOUR HOBBY INTO A PROFITABLE BUSINESS

To pique your interest, here’s a little history.

What Is Screen Printing?

Screen printing is used to reproduce an image or script onto a surface. This can be done on fabric, of course, but artists also transfer it to other materials, including the surfaces of automobiles.

Where Did It Start?

While there is some disagreement among historians over where this technique first appeared, we know it showed up in China around the 1st century BC. From there, it spread in popularity throughout Asia, taking root among art traditions in Japan. Today, Japanese artists still produce amazing works of art with this technique, including in the country’s thriving fashion industry.

When Did It Become Popular in the U.S?

Screen printing was introduced in Europe in the 18th century. However, it wasn’t all that popular in the U.S. until Andy Warhol began using it in the 1960’s.

Before that, the first widely used screen print designs were made during and subsequently after WWII. During FDR’s presidency, thousands of screen printed posters invited the American people to visit national landmarks and parks. These posters are still on display in the Library of Congress.

Early marketers soon realized posters were a great way of advertising any enterprise. It wasn’t long, therefore, before screen printing grew popular for advertising for both politics and business.

Thereafter, modern artists began trying to find ways of identifying how big business had become its own form of media. None was more successful at this than Andy Warhol. Among his most well-known works were his Campbell’s soup cans and his screen prints of American icons Marilyn Monroe and Elvis Presley.

By the 1970’s, the technique had become popular throughout the fashion industry, and it brought about a complete overhaul of the t-shirt industry. People could now express themselves in new ways through fashion, and they felt the freedom to do so.

Where Do Artists and Business People Use This Technique Today?

The fashion industry relies heavily on screen printing today. Moreover, as techniques continue to evolve, it shows up in a number of design media. For example, you’ll find it on furniture, in fashion accessories, on stationery, and in posters and other art. Moreover, as with any other art form, artists continue to push the boundaries of design and creativity.

Today, consumers demand customized screen printing, and there is mass appeal in the market. In fact, a business based on this technique can be quite lucrative. Alternatively, you could use it in a fashion line or almost any other line of design line. What’s more, it is relatively cost-effective and quick to do.

How Can You Wear Your Screen Prints?

On the other hand, if you just want to express your own personality, you can simply include screen printed items in your wardrobe. You can do this with t-shirts that use various techniques of design and typography, or you can make your own items, from clothing to your personal coffee mug.

Other ideas include screen printing a simple pair of sunglasses, a belt, or some funky jewelry or boots. Above all, don’t be afraid to take risks with your art.