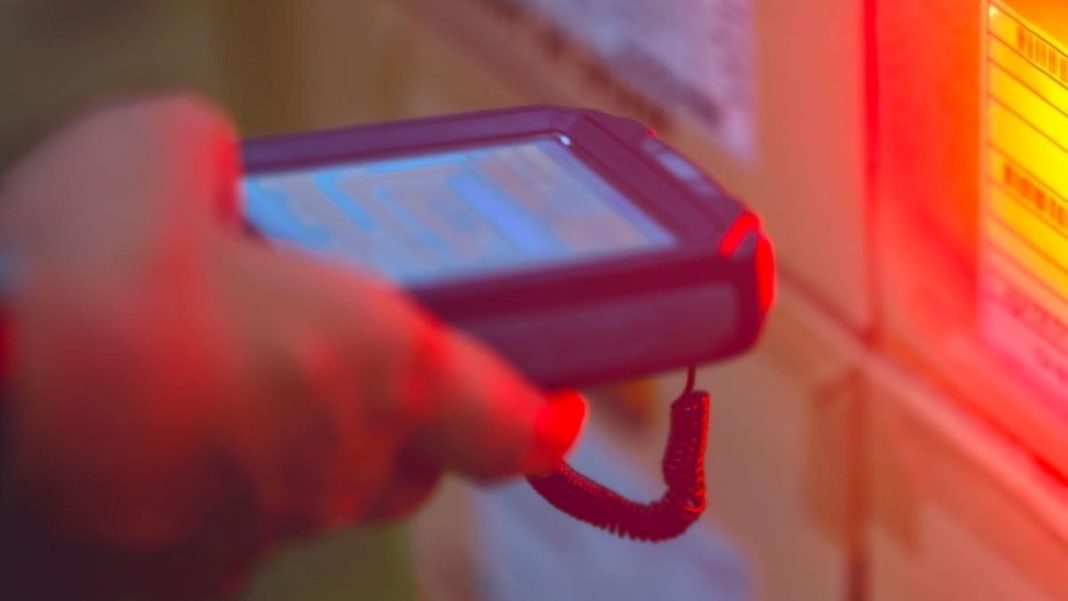 Featured image by IAMSUTHICHA on Shutterstock

Barcodes now permeate almost every area of life. Artists use barcodes to inspire masterworks, and architects design buildings based on barcode technology. This post explores the use of barcodes in the media industry.

Barcodes in the Media: Movies

There are countless movies that are based on the use of barcodes. For example, in Alien 3 (1992), the convicts all have barcodes encoded into their necks. In fact, the hero, Ellen Ripley, realizes that the doctor who works there is a convict too, when she notices that he also has a barcode on his neck.

In Fortress (1992), the opening scene involves a barcode scanner scanning a code on John Brennick’s forearm. The movie 12 Monkeys (1993) also involves codes on the necks of convicts.  In The Philadelphia Experiment II (1993), the Nazis tattoo barcodes onto Americans as a means of identification.

Barcodes in the Media: Television Series That Make Use of Barcodes

A look at TV series reveals more examples of barcodes in the media. For example, Dark Angel (2000) is a TV series starring Jessica Alba. Her character, Max, is a genetically engineered human who was carried to term in a human body, and she has a barcode on the back of her neck.

In The Island (2003), clones all have barcodes on their wrists. Another example of barcodes in the media is a movie called The Hitman (2007). Its hero, a man called Agent 47, has a barcode permanently tattooed onto the back of his head. This code holds the date of his creation and other identifiers.

The popular Star Trek (2009) gives another example of the use of barcodes in the media, as it has barcode scanners as joy sticks at the front desk, the same scanners currently used by retailers across the United States.

In Pandorum (2009) the crew members all have a special tattoo which, when scanned by a computer system, allows them to access certain areas. Lastly, Repo Man (2010) is an excellent example of the use of barcodes in the media, as the plot of the movie is about selling fake organs via barcode scanning.

In fact, the media have been using barcodes since 1992. Since that time, movie makers have helped to make them a part of the public psyche, as all of the movies we mention here were hugely popular and made many millions of dollars.

Online games also reveal multiple instances of the use of barcodes in the media. For example, an entire series of games called Skannerz involves the use of barcodes. Some of those games are about racing in cars or destroying monsters by scanning their barcodes.

RELATED: EBOOK DOWNLOAD: HOW TO MAKE A LIVING PLAYING VIDEO GAMES AT HOME

Another series based on barcodes is called Barcode Battler. In it, each player creates a character using barcodes. Then the players try to defeat each other in battle while competing also to collect the most barcodes.

Then there is Codemon, which uses elements from Barcode Battler, Pet Collection, and Pokemon. The aim of this instance of barcodes in the media is for gamers to collect codemons, auras, and spells.

Where to Find Your Own Barcodes

But you don’t have to remain a mere spectator of barcodes in the media. In fact, Barcodes SA will be proud to help you join the barcode revolution.

You can buy top quality GS1 registered barcodes for your business needs from Barcodes SA at affordable prices. So whether you need EAN or UPC barcodes, box barcodes, QR codes, or even ISSN and ISBN numbers, they will assist you. What’s more, their customer service is fantastic.

In fact, you will receive your barcode package within a mere 24 hours. This is because they are passionate about barcodes, and they would love to inspire you and your business to further success by providing you with your very own barcodes.