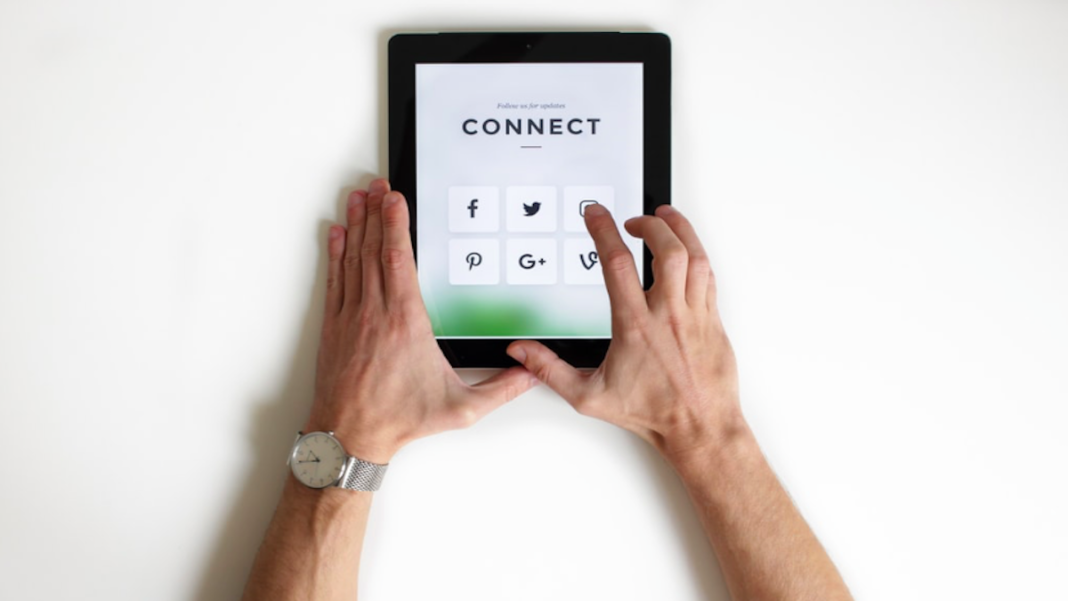 Jeremy Haynes failed at 4 businesses by the time he started his first digital marketing agency at just 21 years of age. So how did he get to six-figures a month 5 years later, working with just 9 clients? How can you use the lessons he learned along the way to start and grow your own digital agency?

In 2013, at age 19, Jeremy Haynes moved from Denver, Colorado to a 650 sq. ft. apartment in what he calls the “ghetto suburb” of Overtown in Miami. He had almost no money and no contacts.He slept on a blow-up mattress and drove a beat-up ’96 Camry. It was in such bad shape he had to top up the power steering fluid before he could drive it.

Fast forward to today and Jeremy rents a sprawling penthouse apartment in Miami and recently moved to a 5500 sq. ft. beachfront mansion in Florida. He drives luxury cars, and is connected to some of the most well-known social media influencers on the Internet.

When asked how he got there, he credits a series of “lucky breaks” that taught him 3 valuable lessons that made it much easier to start his own digital agency.He says they’re lessons anyone who has ever dreamed of opening their own digital agency needs to know.

The first lesson came while working at a kiosk in Costco selling cell phones.

“One day, a customer came in to buy a cell phone,” explains Jeremy, “and he loved my energy so much he asked me to come work for him as his Head of Marketing.”

Jeremy knew nothing about digital marketing agencies. But he quickly learned how to manage SEO, paid advertising, social media marketing, landing pages, websites, and email campaigns. As his knowledge grew, he started 4 different side businesses to put his newfound skills to work. But each one failed. He later realized it was because he had never really learned what it takes to grow a successful business.

Several months later when the business he worked for closed due to circumstances outside of Jeremy’s control, Jeremy sent his resume to a dozen recruiters. Surprisingly, it was his title as the Head of Marketing that got his foot in the door with a prominent sales trainer in Miami.

“They’re offering $60,000 a year,” said the temp agency working for the training company. “Is that something you’d consider?” Jeremy said, “make it $65,000 and I’m in!” So at 19, Jeremy was teaching the company’s sales team to use digital marketing to increase sales. This helped him bring in millions of dollars for his new “client”.

It’s not that Jeremy was such a genius, it’s just that he knew some things about digital marketing that these super-busy salespeople didn’t have time to learn on their own. But they were so powerful, they transformed the business. This experience changed Jeremy’s life. And it was here that he discovered…

Business owners desperately need help with digital marketing. And when they find someone who can do it well, they’ll move heaven and earth to hire them.

According to Jeremy, “business owners don’t have the skills or the expertise to manage their own digital marketing. And they don’t have the time to figure it out. So they outsource it. And that’s why people who run digital agencies are in such hot demand.” Digital marketing services really are in demand right now. In fact, the need for digital agencies is growing like never before.

In 2019, digital ad spending in the United States exceeded $100 billion for the first time, according to the latest internet advertising report from the Interactive Advertising Bureau and PricewaterhouseCoopers. That’s a 22% increase from 2 years earlier. Although Covid-19 put the brakes on ad spend for millions of companies around the world, digital ad spend for 2020 is still expected to end the year with a 6% increase over 2019.

According to the content marketing specialists at Brafton, digital advertising is now worth $30 billion USD more each year than television advertising. Mobile advertising has become increasingly popular too, growing 40% year-over-year to $69.9 billion. Video advertising also grew by 37% to $16.3 billion.

Which just goes to show digital marketing is not going away.

In fact, according to a recent Manifest survey of business owners, 64% expect to invest more on social media in 2020. 55% plan to spend money improving their website. 43% say they’ll invest more in email marketing. And 39% plan to invest more in content marketing. This is expected to increase in 2021, which is why there’s such a red-hot demand for digital marketing services. Not only that but more than three-quarters of people who surveyed think marketing has changed more in the past 2 years than in the past 50 years.

They have no idea how to adapt to this new way of marketing. So they need help. Which brings us back to Jeremy. Although Jeremy was quickly learning how important digital marketing is, he hadn’t yet learned how much money he could make from his newfound high-income skill. But he was about to find out.

A roofing company saw the emails the sales training company Jeremy worked for was sending and asked who wrote them. A member of the sales team put him in touch with Jeremy. He asked Jeremy to write a series of emails for him and offered Jeremy $12,000. Jeremy’s confidence shot through the roof. In fact, he said, “I cashed the $12,000 check and walked around for a few days with the wad of cash in my pocket just to feel the power of having that much money.”

A few days later he kissed his worn-out Camry goodbye and upgraded to an Infinity. He was flying high! However, he soon came crashing down when the sales training company capped the commissions he could earn each month. So Jeremy picked up the phone and called his roofing client offering to do more projects on a retainer.

The client agreed. He began giving Jeremy a contract to post videos on social media for $4,000 a month. Also the promise of more projects in the future. Jeremy realized he could make more money working in his own business than working for someone else. So he quit his job and focused on just two things. Getting great results for his roofing client and finding more clients.

RELATED ARTICLE: DIGITAL MARKETING TOOLS EVERY MARKETER SHOULD USE IN 2020

That’s when Jeremy made a series of mistakes that nearly led him to abandon the agency business altogether.

Jeremy poured all his time and energy into his new agency he named Megalodon Marketing. He canceled his social life. And he only ate between meetings at his office. He hardly slept. And constantly looked for new clients. He later said when speaking about these early days, “I just wanted to improve my situation and get out of survival mode. And I knew the doors of opportunity would never swing open if I didn’t keep taking action.”

At the end of the first year, at just 21 years of age, Megalodon Marketing had banked a whopping $563,848.94 in revenue from 359 customers. The experience solidified in Jeremy’s mind the single driving force behind why you can succeed as a digital marketing agency owner. People will pay you big money for skills that make them money.

The next year Jeremy scaled the business to $220k a month with 27 staff and 3 offices. One in Miami and two in Beverly Hills. But with so much opportunity his business grew too fast. Jeremy felt like a slave to his workload and had zero time for himself. Due to stress, he started losing weight from all the pressure he put on himself.

Something had to change.

So in 2017, he scaled back in order to create a business that supported the lifestyle he wanted to live. He fired over 100 clients, closed all three of his offices, and let 23 of his 27 employees go. And with his 4 remaining staff, he began serving only premium clients while working from home.

Not only that, but he decided to drop all the low value services. He was going to solely focus on projects that gave him a revenue share of the results. And that’s when he learned the most valuable lesson of all for growing a digital agency…

The best clients don’t care about your time, they only care about the results you bring them.

Here’s how Jeremy puts it: “We now work with only premium quality clients — the kind of clients who care about results and not about how many hours a month I spent on their account. And because my strategies get them the results they’re looking for, I can charge them more money with less staff, less time, and less overhead.”

“This new way of doing things has changed the game for my agency! Now, if something takes us an hour, but produces massive ROI for the client, they couldn’t care less if we only work an hour on their account for the month.” However, putting this in place required a mental shift for Jeremy and his staff.

“We had to overcome the lifetime conditioning that more time invested, and more hard work, equals achievement and results,” says Jeremy. His new focus on better results for bigger clients has paid off. As he puts it, “Doing business this way is a win-win for us and our clients because we’re helping them make more money and they pay us good money to do it.”

Today Jeremy’s company, Megalodon Marketing serves clients who spend as much as $10 million or more a year on digital marketing. Just 9 clients pay him recurring revenue that totals six-figures a month. All that success led many budding entrepreneurs to ask Jeremy how he did it and if he could teach them how to do it too.

The result: today Jeremy teaches other entrepreneurs how to successfully build a digital marketing business. In fact, since 2017, he’s taught over 3,200 students. Many of them now generating six and seven figures a year in their own agencies.

He doesn’t promise they’ll pull down six-figures a month. However, he does say “anyone who works diligently and applies what I show them can create a six-figure digital agency within 12 months. And if they really pour themselves into it, seven-figures is not out of the question.”

Now you can discover many of the secrets to Jeremy’s success in his new free course on starting and building a digital marketing agency.

His free course covers topics such as:

If you’ve ever considered starting your own digital agency Jeremy’s free course is a great way to learn more about it.