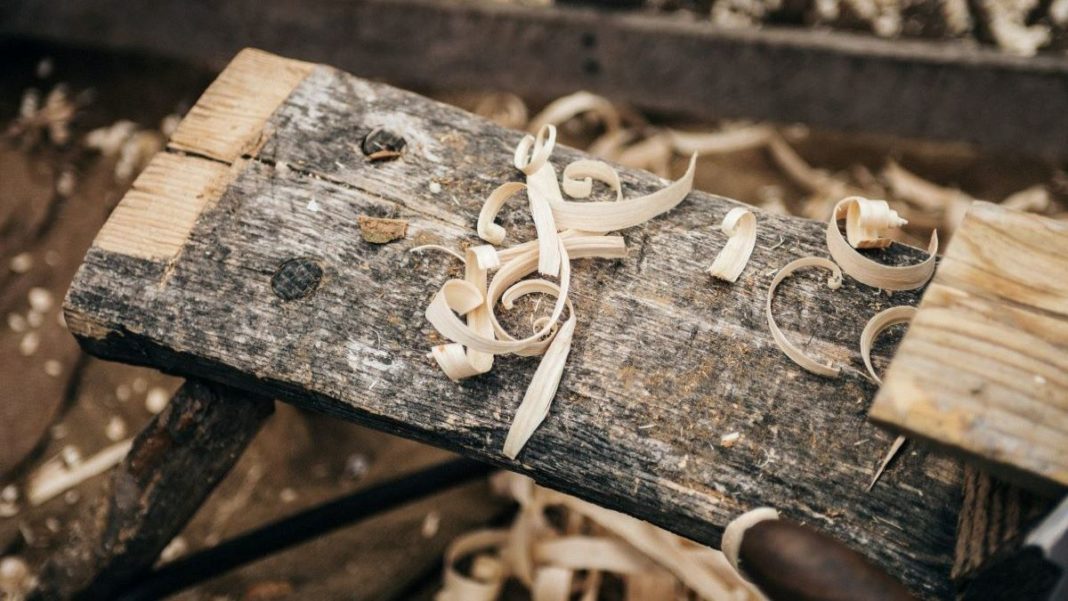 Carpentry is a complex and challenging discipline that few master. Whether you’re starting your own woodworking business or you are simply curious about the history of carpentry, let’s explore this fascinating craft.

RELATED ARTICLE: HOW TO TURN YOUR HOBBY INTO A PROFITABLE BUSINESS

Carpentry has been around for as long as human beings have been using tools. With crude stone implements, prehistoric people probably first created weapons for hunting. From there they progressed to building wooden structures for shelter, then to simple furniture and other useful items.

Throughout human history and all around the world historians find evidence of the business of carpentry:

Carpentry is essentially the art and trade of cutting, working, and joining timber. It includes structural timberwork such as framing for items such as doors, windows, and staircases, as well as fine woodworking such as furniture making and cabinetry.

Historically, carpenters worked with natural wood, but nowadays they also use other materials. Today’s carpenters either learn their trade on the job or through apprenticeships and other training programs.

How Has Technology Changed the Craft?

Carpentry has not seen much in the way of disruptive innovations and technological advancements over the centuries. However, this occupation has certainly changed over time, and its tools, techniques, and equipment have changed dramatically, if slowly.

Power tools, for example, brought about one of the most significant transformations the industry has seen. These days, electric saws and sanders mean that tasks can be completed in a matter of minutes instead of the several hours they once took.

RELATED ARTICLE: HOW DO TECHNOLOGICAL ADVANCES AFFECT THE WAY WE LIVE?

There has also been a giant step forward with regard to safety measures and the technologies those require.

Carpentry has always been a fairly risky business. From collapsing beams to exposed electrical wires to hazardous weather conditions, carpenters face a variety of workday hazards. However, most power tools today have safety features and shields that help protect carpenters from harm. Nonetheless, woodworkers must learn and use the safety rules that apply to them.

The craft of carpentry has changed greatly over time. However, the passion that goes into crafting wood into enduring buildings and beautiful compositions remains. If you are exploring ways to turn your love of woodworking into a solid career, check out these resources.