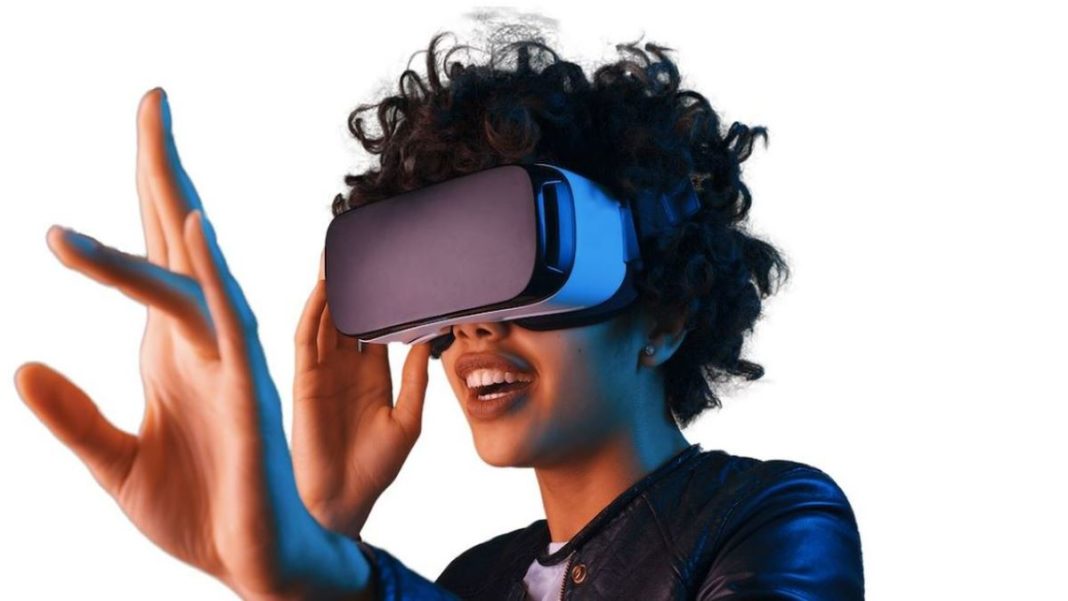 Featured image by Achinbm on Pixabay

Virtual reality is cutting-edge technology. But strangely enough, it has seemed that way for more than 50 years. That is because the journey to modern consumer virtual reality systems like those offered by HTC and Oculus are evolutions of experiments ranging far back into the 20th century.

Let’s take a brief look back at how consumer virtual reality (VR) has evolved from cumbersome cinematic machines to the small head-mounted displays (HMDs) we revel in today.

Many find the origin of virtual reality in painting. This is a notion that is sure to polarize tech-heads worldwide. However, there is certainly a shared motivation behind creating panoramic paintings, stereoscopic photos, and VR. All of these immerse an audience in a place, time, and moment which they were physically unable to experience first-hand.

The origins of panoramic paintings and murals recede far into antiquity. But stereoscopic photos came into being in 1838 with Charles Wheatstone’s Stereoscope.

Such precursors of consumer virtual reality found their way into the early 20th century’s newest art form—cinema. For example, stereoscopic displays such as Morton Heilig’s Sensorama was developed in the 1960s to produce immersive cinematic experiences.

These precursors became popular attractions. Toys and works of art soon followed. The world quickly became hooked by the idea of total immersion. And all those science fiction stories that cropped up predicting the future of VR were certainly on to something.

RELATED ARTICLE: WHICH VOD REVENUE MODEL WILL MAKE YOU THE MOST MONEY?

The first head-mounted virtual reality display appeared in the 1960. This was another product from the creator of Sensorama, Morton Heilig. While far simpler than modern devices, this invention bore a striking resemblance to modern VR devices, at least physically. However, the device was for a non-interactive film, and it didn’t feature any motion tracking.

Tracking, however, was not far behind. In 1961 two Philco Corporation engineers developed Headsight. This device incorporated a video screen for each eye, alongside its key feature—a magnetic motion tracking system.

Of course, both Heilig’s device and Headsight were experimental and far from consumer grade, with the latter finding function only in military simulations. Nonetheless, these were two incredibly important steps toward consumer VR as we know it today.

In 1968 Ivan Sutherland unveiled the first computer-based VR/AR head-mounted display. It was a colossal machine that was far too heavy for individual users to wear. The resulting solution to this dilemma was a headset suspended from the ceiling, thereby giving the device its name, Sword of Damocles.

The user was strapped into the device and given the opportunity to traverse a primitive wireframe room. Tech-heads think of it as the first apparatus to combine virtual reality with augmented reality (AR), and it laid the ground work for accelerated development.

Consumer VR: Round One

The first major devices consumers got to test were found in the arcades of 1991. There, players strapped themselves into VR gear to play in real time, often locally with friends.

Promises of consumer products quickly followed. Sega VR announced its new product in 1993, which they hoped to link up with the Sega Genesis console. However, due to technical development issues, Sega VR remained in development purgatory and was never released.

Then Sega rival Nintendo launched the first major consumer VR endeavor, Virtual Boy (or VR-32). Released in 1995 in both Japan and North America at $180, it was a total commercial failure. This was mainly because of its lack of graphical fidelity, its dearth of software, and its high price point. After all, its release occurred at a time when computers were still becoming widespread in the home.

Nintendo’s failure sank the hopes companies had for consumer VR. Thereafter, it fell into obscurity until passionate independents picked it up in the 2010s.

In 2010 a young man called Palmer Lucky started to marshaled his passion for VR into creating a kit VR headset which he believed anyone could put together. Two years later, Lucky launched a Kickstarter to fund the development of the original Oculus Rift, arguably the device that contemporary VR owes its very existence to. Securing almost $2.5 million, the Rift was aptly named, as it created a rift between the old, failed endeavors into contemporary success for consumer virtual reality.

The year 2014 was a landmark one for VR. Facebook bought out Oculus and began their push toward becoming the largest virtual reality company in the world. The world also witnessed the launch of Google Cardboard and Samsung Gear VR that year, and PlayStation announced PSVR.

Soon, the market had a number of options for VR enthusiasts. The Oculus Rift, HTC Vive, and PSVR battled it out at similar price points. Valve’s top-tier Index joined the fray in 2019.

Parallel to the release of these systems, interest in VR skyrocketed everywhere in both consumer entertainment and business applications. The number of VR-related companies exploded, creating a wealth of exciting new jobs in technology and content development.

Today we are still riding this wave. With the rise of standalone VR, a form of consumer virtual reality which found its beginnings in 2018 through the Oculus Go and Oculus Quest, the barriers to entry are the lowest they have ever been. This means that more people than ever are excited about the power of virtual reality.

Despite this rich history, the most exciting thing about the form is that we all know the greatest innovations still lie ahead. But, unlike for those who started the journey, those innovations are now within arm’s reach.

So if you’re a gamer and you find yourself in multiplayer virtual worlds while you’re waiting for the VR multiverse, head on over to Gamecamp.gg. There you’ll be able to get ahead in your favorite game, whether that be Overwatch or PUBG.