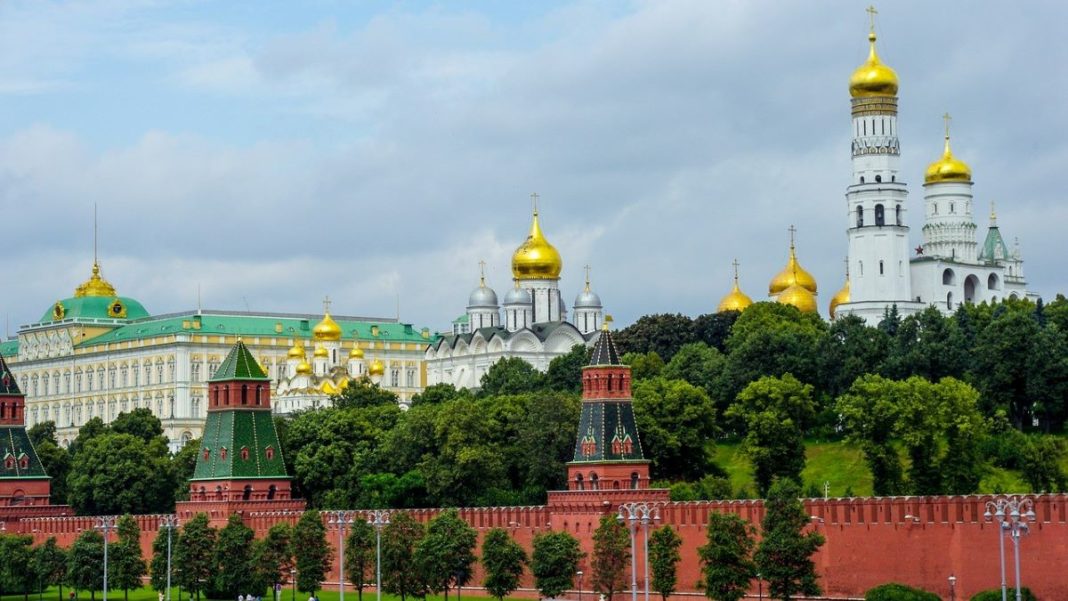 Featured image from rperucho via Pixabay

The global economy has not been hit as hard as was originally feared at the peak of the pandemic. Production and trade began to recuperate in the second half of 2020. Many markets — Moscow included — found new opportunities for growth. In fact, the capital city’s non-resource non-energy exports went up 31% in the pandemic year.

Global trade fell 5.3% in 2020. The service economy bore the brunt of the impact due to pandemic restrictions and closed borders. Trade in goods, however, held its own. While exports of commercial services fell 20%, exports of physical goods lost just 8%.

Russia ended 2020 with a foreign trade surplus. Net exports exceeded USD 100 billion despite pessimistic mid-year forecasts that the country would post a trade deficit. While foreign sales were down 20%, the decline chiefly affected energy exports. Meanwhile, the non-resource non-energy segment posted growth of 4% for the year. This trend is part of a new national strategy aimed at reducing Russia’s dependence on the global hydrocarbons market and diversifying exports.

Moscow is a leader in the country’s quest for non-resource non-energy exports. By the end of the third quarter of 2021, the city’s exports of these products were up 28.1% year-on-year to USD 23.16 billion. The city accounts for approximately 17% of Russia’s total exports.

RELATED ARTICLE: SMART LESSONS FROM RETAILERS THAT ROCKED IT DURING THE PANDEMIC

Moscow-based companies saw greater growth in exports in 2021 as the global economy began to recover from lockdowns during the first wave of the pandemic when closed borders and shuttered factories in many countries began to cause upheaval in the global supply chain. While the effects of the pandemic have persisted, they are gradually receding this year.

Machines and parts (USD 1.9 billion), electrical devices (USD 1.2 billion), plastics and plastic items (USD 884.38 million), and vehicles (USD 437.33 million) were the top sellers among industrial exports. China is another important consumer of Moscow’s industrial goods. But local companies are aggressively seeking new markets. A local manufacturer of lighting fixtures recently launched sales in Morocco, Jordan, and Uganda. Exports from the capital city to Eastern Europe were also up in 2021 to USD 1.4 billion.

RELATED ARTICLE: HOW TO GO INTERNATIONAL WITH YOUR BUSINESS

E-commerce gave agro-industrial producers cause to celebrate this year. When the pandemic shut down borders, many Russian companies began selling on online platforms in the Commonwealth of Independent States (CIS), China, and Europe. Agro-industrial products made up a significant portion of those sales.

Moscow’s exports in the first nine months of 2021 totaled USD 2.8 billion. This represented strong foreign sales of non-alcoholic beverages, meat products, chocolates, and dairy. In the dairy category, ice cream was the undisputed leader. In fact, its global sales in the first nine months of 2021 were up 72.6% year-on-year. Moreover, Moscow-based companies manufactured approximately half of the ice cream exported from Russia. The United States, Canada, China, Kazakhstan, and Belarus were top buyers of local ice cream.

Exporters have learned a number of tough lessons during the pandemic. Shipping and customs ground to a halt and borders closed, causing snarls in the global supply chain.

When companies shut down factories to stop the spread of COVID-19, they compounded logistical problems. Factory closings in China, a key supplier of components for automobiles and electronics, had the most serious effect globally. These led to shortages of parts and had a domino effect on industries worldwide.

The pandemic caused Chinese authorities to partially shut down the largest port in Guangzhou. Subsequently, developed countries’ decades-old practice of outsourcing production capacity to China further contributed to shipping delays. Additionally, companies that had stopped ordering critical supplies in response to the astronomical cost of shipping containers are now placing extra orders for future use.

Another problem in the logistics sphere is the growth of monopolies. The owners of the world’s largest container ships have pushed smaller competitors aside. But their giant vessels can only be serviced in a small number of ports. What’s more, they take extra time to load and unload. This places an even greater strain on global shipping.

As exporters endured these supply chain vulnerabilities, they started looking for more sustainable ways to get their goods abroad. Localization of production was one answer. European companies started building factories in Russia to support sales there as well as exports to adjacent countries.

Moscow’s department for investment and industrial policy came up with an innovative solution for pandemic-related logistical hurdles. As department head Alexander Prokhorov explains, “We asked local companies if they wanted to join forces and create their own supply chain with our help. For example, in 2021 we brokered a co-op of local manufacturers that plan to sell greenhouse lighting and heating equipment to Uzbekistan. The benefits are twofold, with greater demand for complete systems than for separate parts and significant savings from approaching export logistics as a group.”

Government support is a major driver behind the increase in non-resource exports from Moscow. This support includes both financial assistance (including subsidies, preferential treatment, and grants) and non-financial measures. This also includes targeted help with overcoming administrative barriers in the search for new buyers.

The Mosprom Center for Export Support provides non-financial support for local companies looking to sell abroad. Its experts help manufacturers analyze target markets, assess their export potential, and find potential partners. They stay with companies through negotiations and contract signing, all the way to product delivery.

Mosprom experts also search for markets where there may be demand for locally manufactured products. In a recent success, they discovered that Hungary was planning several large rail infrastructure projects, including construction of two new sections of railway, that were a perfect fit for several Moscow-based exporters. With Mosprom’s help, local companies are already expanding into this new and promising market. In fact, Moscow-based companies sold USD 2.5 million in equipment for railroad infrastructure projects to Hungarian clients in the first five months of 2021. This is up from USD 1.68 million for all of 2020 and nothing at all prior to that.