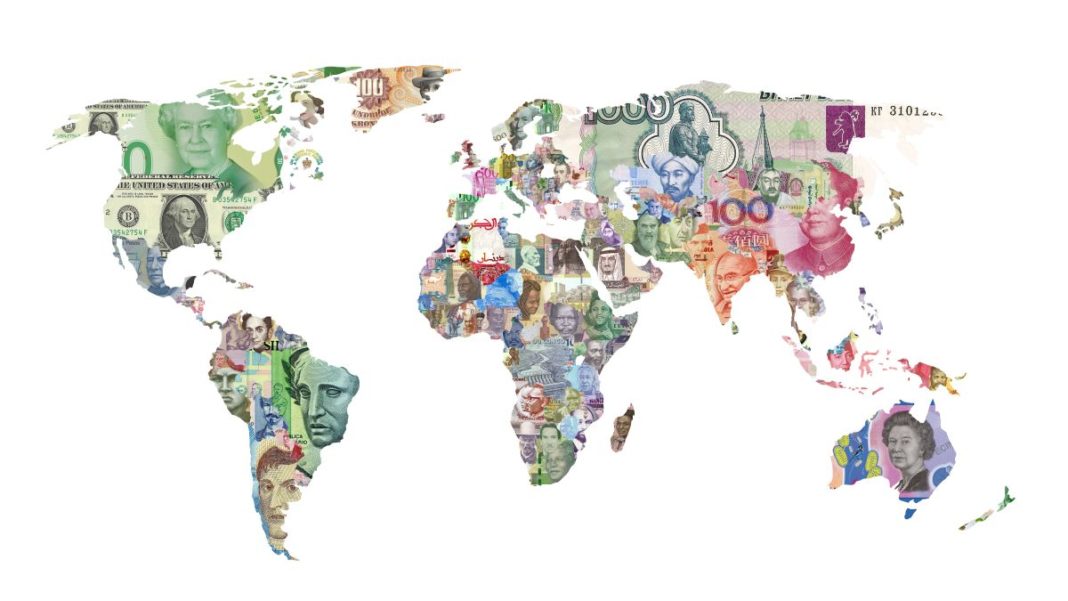 You’ll find in this post a list of the top ten most tradeable currencies in the world, along with some information about each one of them, so you don’t have to find it out on your own.

RELATED ARTICLE: CFD TRADING: WHAT IT IS AND HOW TO USE IT TO FUND YOUR BUSINESS

If you’re into currency trading but don’t have a reliable brokerage like OANDA to rely on, there are a few things that you’ll need to know so that you’re able to conduct knowledgeable trades.

Of course, you’ll have to have a basic understanding of how trading works. You’ll need to learn how to use the platforms or apps that you’ll be trading on. You’ll need to have an understanding of trading vernacular as well. Understanding the terms used in the industry can help you avoid embarrassing or even costly mistakes. One of the most important things to understand is the difference between the values in different currencies and which ones are the most desirable to trade with.

Luckily for you, we’ve put together a list of the top ten most tradeable currencies in the world and a little information about each one of them, so you don’t have to find it out on your own.

Image by John Guccione via Pexels

The US dollar is, as the name implies, the official currency of the United States of America. The dollar is made up of 100 cents and is represented by the $ symbol. The US dollar is the currency most used in transactions all over the world, even in territories outside of the US. As such, the US dollar is definitely tradeable.

People the world over refer to the US dollar as the greenback. It was created in 1792. The Coinage Act of 1972 specified that one dollar of currency must be equal to anywhere between 371 and 416 grains of pure silver. An “eagle” ($10 at the time) had to be equal to between 247 and 270 grains of pure gold.

Represented by the € symbol, the Euro rose out of the Maastricht Treaty, which was signed in 1991.

When Japan’s monetary system changed over to something more modern in 1871, the country introduced the Yen. At the time, the Yen had to be equal to 1.5 grams of gold or 24.26 grams of silver. It is made up, to this day, of 100 sen or 1,000 rin. The Yen replaced Japan’s previous monetary system, which had been in use since feudal times.

After World War II, Japan’s currency took a massive dive in value. To stabilize the country’s economy, the Yen’s exchange rate was fixed at  ¥360 per 1US$. In 1971 this fixing was abandoned, and the Yen was left to float in the world of currencies. Accordingly, it increased in value to become the third most tradeable currency worldwide.

Image by Suzy Hazelwood via Pexels

The pound sterling has been Britain’s official currency for much of the British Empire’s existence, except for the time when England was part of the European Union.

The eminently tradeable pound sterling got its name from way back in 755. At that time, the silver coins issued in the Saxon kingdoms were called “sterlings.” This was because 240 of them were minted from one pound of sterling silver. Large payments were referred to as “pounds of sterlings,” which later became shortened to “pound sterling.”

The Canadian dollar has an interesting nickname: the loonie!

Like the other dollars, a single Canadian dollar is 100 cents. It is presented as C$ to differentiate it from the Australian dollar and the US dollar. The CAD is a benchmark currency, which means that banks all over the world keep Canadian dollars in reserve. What this tells us is that the Canadian dollar is that forex traders worldwide value this currency as a highly tradeable one.

Image by Karolina Grabowska via Pexels

Though its official name is not as well-known as those of most of the top ten currencies, the Chinese renminbi is the eighth most-traded currency in the world.

The word means “people’s money” in Mandarin and the People’s Bank of China has the only official right to distribute it. The renminbi has been the currency’s name since 1969. It comes in denominations of 1 fen to 1 renminbi.

Hong Kong has not always had its own currency. This is because it was a British colony from 1841 until 1941 and a British Overseas Territory from 1941 until 1997. Though the UK tried to implement a pound-based system, it simply did not work for the people of Hong Kong. As a result, the Hong Kong Mint was established in 1860. The new mint printed the first Hong Kong dollar that year.

As is common with dollar currencies, the New Zealand dollar is made up of one hundred cents. It is represented by the $ but earmarked by the addition of NZ so as not to confuse it with other dollar systems. People in New Zealand, the Pitcairn Islands, Niue, Tokelau, and the Cook Islands use the NZ dollar. New Zealand used British currency up until 1967 when they country introduced their own dollar-based currency.

RELATED ARTICLE: SILVER AND GOLD IRA: WHAT TO KNOW BEFORE INVESTING