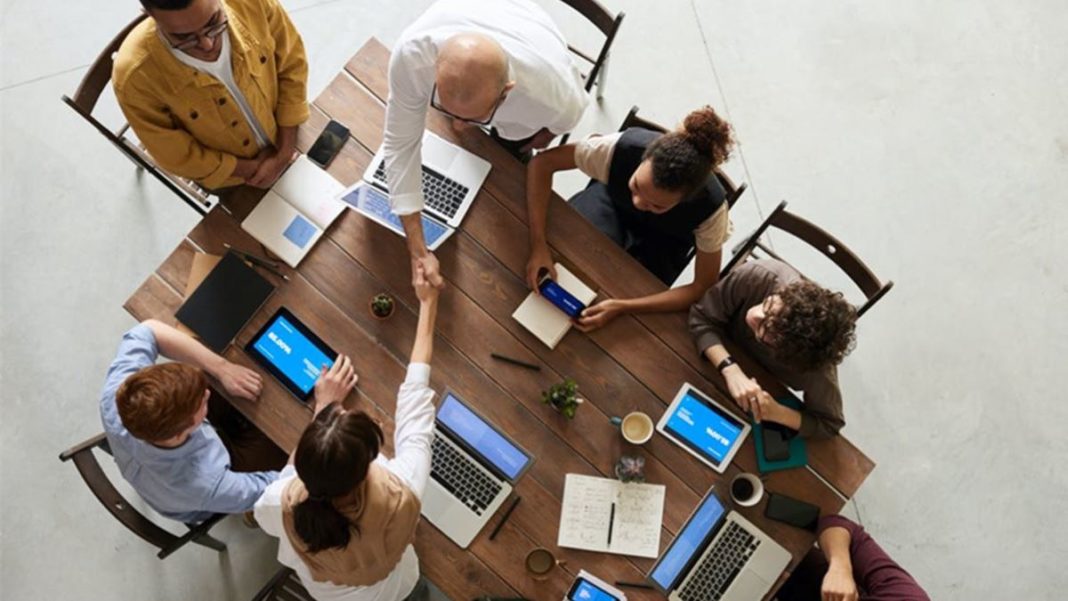 Like most startup companies, 888 Holdings began with big dreams and a lot of passion.

The company launched in 1997 and has since gone on to be one of the most prolific online casinos. Today, it offers a range of brands, including 888 Casino, 888 Sport, 888 Poker, and 888 Ladies. It also owns sub brands Wink Bingo and Winkslots. In fact, Winkslots has been a star player this year. This is largely because 888 Holdings has invested significant amount of resources into technology innovations. This allows consumers to enjoy the best versions of mobile slots uk.

Considering the absolute scale of 888 Holdings currently, it can be hard to picture it as the small startup it once was. But today it is a fierce competitor in the casino market, partly due to the team at the helm.

The online casino market is intensely competitive. During the 1990s, there were plenty of other companies that tried to take the industry crown. However, during that time, many other online casino brands folded while 888 Holdings thrived.

How 888 Holdings Got Its Start

One of the group’s first offerings was called Casino-on-Net. This site hit the market in May 1997 and cashed in on all of those early online casino customers.

That was just a start, though. Random Logic LTD launched the following year, skyrocketing earnings for 888 Holdings.

Random Logic LTD was the R&D and marketing department for 888 Holdings.

It was following these launches that the group’s products began to have 888 brandings. Then, in 2002, 888 Holdings secured its first UK offices and began to expand their portfolio further.

It became clear that 888 Holdings had become a big fish in the casino pond by this time.

RELATED ARTICLE: TIPS FOR MAKING BUSINESS OPPORTUNITIES HAPPEN FOR YOU

The Company Enters the Stock Market

In fact, 888 Holdings became a listed company on the London Stock Exchange in 2005. At this time, they began winning awards that included Best Overall Online Gaming Operators and Best Casino Operator of the year.

It was a sign that their early preparation as a startup was going to pay off in dividends.

In the three years following the exciting slew of achievements in 2005, the group acquired Global Limited Bingo. Then they began the incredible launch of 888 Sport.

This meant that 888 Holdings now had a site for every kind of online gambling players could wish for. They were also continuously adding new poker games, video slots, and blackjack.

In short, they were extending their reach and taking hold of their corner of the market. To top it off, 888 Holdings had become a company on the stock exchange market.

In the same year, they also launched in Italy as soon as that country legalized regulated gambling. The following year Spain also opened up their market by making regulated gambling legal. Additionally, 888 added slot games to their Italian site.

You might be wondering at this point if there were there any bumps in the road for the group. Yes, there were. In 2006 there was a short period where they had a dip in their share price.

However, they were tenacious. In spite of the setback, they decided to expand into as many markets around the world as possible. They made sure they offered every kind of gambling game available, and their share price began to increase.

The Names Behind 888 Holdings

So who are the leading players are behind 888 Holdings?

Virtual Holdings Ltd, or as we know it today, 888 Holdings, was started by Avi and Aaron Shaked and Shay and Ron Ben-Yitchak.

Initially, the company was based in the British Virgin Islands. It also had a subsidiary company in Antigua, and this is where they built their online gambling titan.

The initial company started in 1997. Then, in 1999, the founders established another new company in Israel called Random Logic Ltd. It was Random Logic Ltd that provided all of the research, development, and marketing for 888.

In 2005, the company’s chief executive, John Andersen, said he believed it was the best time to merge all of the group’s commercial interests. The main goal here was to increase the overall value of the company.

And, of course, we now know that was the right move.

Today, 888 Holdings is a large gambling firm with a range of sub-brands available on a variety of devices.

The Components That Make 888 Holdings So Successful

Several factors make this company successful, with their slow and steady expansion, of course, being one of them. But more than that, it was how the founders highlighted gaps within the market. They did this based on their own research and development branch. They then and filled them using suitable online games.

Such games now include innovations such as women driving the online bingo industry. Also, slots are quite popular and contribute to greater earnings.

A fine example is 888 Ladies, launched in 2008. This cemented the company’s move into the bingo world.

In 2021, 888 Holdings made a move to purchase William Hill International for a massive £2.2 billion. This is a huge undertaking. Moreover, it illustrates that 888 Holdings, while they have a considerable portion of the online market, are getting ready to move into brick-and-mortar betting shops.

As part of the acquisition, they intend to keep all 1,400 betting shops.

The deal is expected to be completed during early 2022, so long as their shareholders all approve. Importantly, the investors in 888 currently hold 47% of the company’s shares, and they have already approved the deal or offered support.

The company’s current chief executive, Itai Pazner, stated that 888 Holdings is substantial enough to be able to deal with any changes in UK gambling laws. Moreover, the William Hill retail stores have great people and customers, and 888’s leaders foresee success.

In 2020 the group reported revenue of $849.7 million. Remarkably, from what started as a relatively small business, four founders’ tenacity and smart plays grew 888 Holdings into a multi-million-dollar industry colossus.

The Future of the Group

And as for the future of the group? We are likely to see more acquisitions similar to that of the William Hill purchase. The group expects to continue to grow their revenue even further through 2022 and beyond.

RELATED ARTICLE: HOW WILL YOU RESPOND TO CHANGES IN CUSTOMER BEHAVIOR IN 2022?