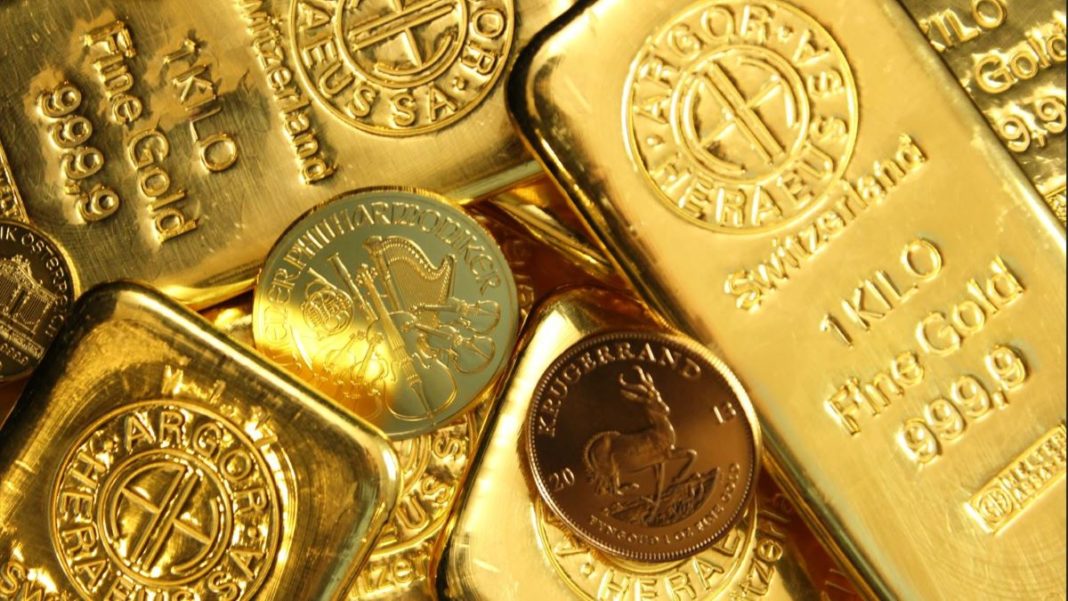 Featured image by Zlaťáky.cz on Unsplash

However, since then, gold has been rising steadily. Of course, this comes with the usual peaks and troughs you get with any commodity price. In fact, the price of gold seemed to peak in the summer of 2020 getting beyond the £1,500 per ounce price for the first time ever.

After that, the price of gold seemed to settle somewhat until March 2021 when it started on an upward trend again. Although there was a modest adjustment in March of this year, the price has continued to head upward in April and May. It is now back over the £1,500 per ounce threshold once more. Will this continue? If so, what factors lie behind the current level of gold valuation and what could change things?

RELATED ARTICLE: WAYS TO FIND NEW FUNDING FOR YOUR BUSINESS

Gold Continues to Be in Demand for Its Industrial Applications

To begin with, gold continues to be in demand for three very basic reasons. The first of these is that there are many, many industrial applications for gold today. It is highly in demand for consumer electronics, for example, because it is such an efficient conductor of electricity. As such, you’ll find it in anything from smart TVs to industrial server equipment.

The Jewelry Market Keeps the Price of Gold Steady

Here again, gold has a natural beauty about it so it is still very much sought after in the jewelry market today. According to one expert in the UK jewelry-making sector, Bonds of Brentwood, both white gold and traditional gold remain among the most popular materials for anything from bridal jewelry sets to engagement rings.

Gold Is Seen as a Means of Storing Wealth

Thirdly, there is the intrinsic value of gold as a means of storing wealth. Investment returns from bonds, pensions, and savings accounts have been relatively poor in recent years, largely due to historically low interest rates. Therefore, people have bought gold as an investment. Whether this means they’ve bought jewelry or bullion, the fact is that gold has been seen as something of a safe bet ever since the global financial crisis of 2008.

Gold Will Likely Hold Its Value over Time

As such, there are plenty of long-term conditions that suggest that gold is going to hold its current valuation for the foreseeable future. It could even go on to set new highs this year. What about the shorter-term factors that may also come into play, though? Let’s examine what they might mean for the price of gold for the rest of 2022.

How Will the War in Ukraine Affect the Price of Gold?

One of the biggest factors in the global economy right now is the war in Ukraine. Russia is one of the world’s biggest energy suppliers. If the West continues to boycott Russian oil and gas as it transitions to renewable sources, then there is likely to be economic stress in Europe. This will certainly be true in places like Germany which are more dependent on Russian oil.

Equally, Ukraine is responsible for producing a high proportion of the world’s wheat. With the country in turmoil, bread prices—a staple in the Middle East as well as Europe—are likely to go up. Again, this could lead to inflation in a key commodity.

If inflation goes up, which is something much of the West is already experiencing to an extent, then monetary investments are likely to be less attractive than commodity-based ones. In short, economic stress in the global economy is likely to increase investment in gold. This will push its asking price up even more.

As the Price of Gold Goes up So Does Demand

Of course, when the price of gold goes up, so does the demand for it. This means more people are likely to use their jewelry and luxury watches containing gold as assets they can liquefy. Some people will sell their gold and realize its potential if they hit personal economic uncertainty. Others will pawn it but may not be able to service the debt payments that come with it. Either way, more gold is likely to come onto the wholesale market as 2022 progresses.

However, it is unlikely that this influx will be in sufficient quantities to suppress the price of gold very much, if at all. If anything, general consumers will be converting one form of gold ownership—in jewelry—for another form—smartphone ownership. Remember that gold is a key component in these nearly ubiquitous devices. Although people might not always realize it, they are carrying around significant quantities of gold every day even if they might not wear any jewelry.

RELATED ARTICLE: WHAT IMPROVES THE RESALE VALUE OF A ROLEX WATCH?