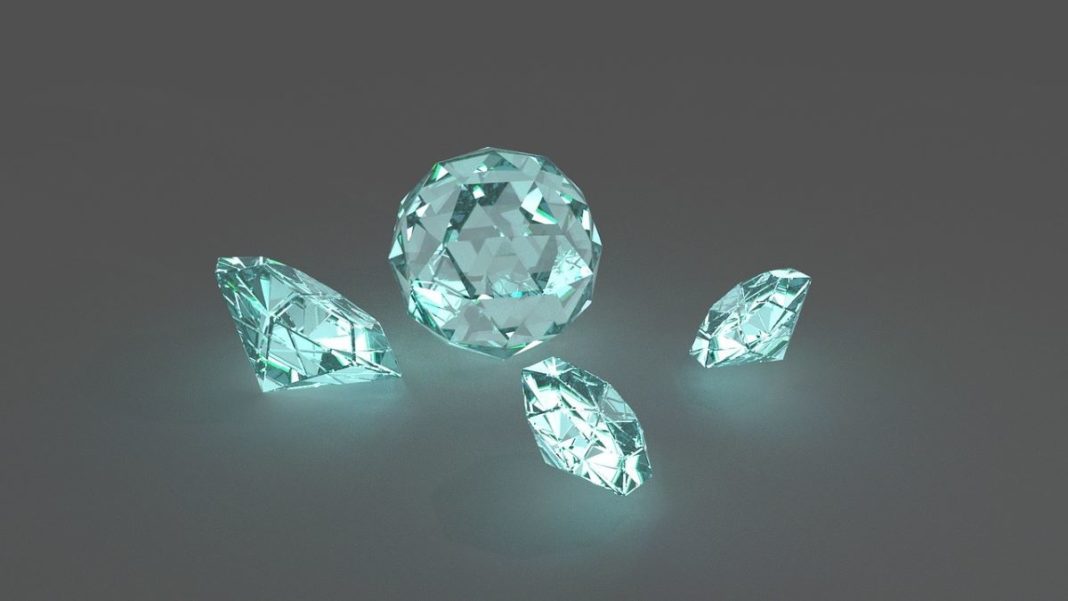 Featured image by carmule via Pixabay

Visit any jeweler, browse any website with diamond rings, or talk to anyone in the industry and there’s a term you’ll hear over and over again: lab-grown diamonds. But what are they? And why are they such a big deal?

RELATED ARTICLE: TIPS FOR MAKING BUSINESS OPPORTUNITIES HAPPEN FOR YOU

What Are Lab-Grown Diamonds?

As the name indicates, lab-grown diamonds are diamonds that have been created/synthesized in laboratories. If that sounds strange and unbelievable, that’s because it is…until you understand how it works.

Natural diamonds are formed as deep as 150 miles beneath the Earth’s crust when carbon is compressed under insanely high temperatures. Scientists attempt to reproduce these conditions in laboratories using compressed carbon at high temperatures and pressures. The result is a crystallization process that forms diamonds.

But it hasn’t always been this way. Scientists have been attempting to create synthetic diamonds ever since they discovered that diamonds consist of pure carbon back in the late 18th century.

Throughout the 19th century, there were many attempts to make lab-grown diamonds, but scientists could not replicate them in their experiments. The first successful attempts occurred in 1954 under a project GE codenamed “Project Superpressure.”

“When the resulting material broke the scientists’ cutting tools, they believed they had succeeded,” GemSociety.org explains. “With a Mohs hardness of 10, diamonds can famously scratch and destroy metal tools. They subsequently confirmed that they had, indeed, made diamonds. A team of scientists, including both Herbert Strong and Howard Tracy Hall, received credit for this discovery.”

It wasn’t until 1971 that the first gem-quality diamonds were formed. And it wasn’t until the end of the 20th century that the quality of these diamonds was good enough to make them viable for commercial resale. But here we are in 2022, and lab-grown diamonds are now one of the most popular options in the jewelry marketplace.

Lab-created diamond rings are no longer just an interesting story. They’re becoming the story in the industry. The most fascinating thing about these diamonds is that they’re 100 percent real.

Lab-grown diamonds are as real as diamonds mined from the earth. They have the exact same physical and chemical properties. And they look the same when viewed by the naked eye. Even trained jewelers have a difficult time noticing any variances when examining them under a microscope. The only real difference is that natural diamonds have tiny amounts of nitrogen when viewed under a microscope. This is one of the only signifiers gemologists have.

Not only are they indistinguishable from diamonds that are mined from nature, but lab-grown diamond rings also cost just 30 to 40 percent of the going rate for mined diamonds. That’s a huge price differential, particularly for couples who might only have $1,500 to $2,000 to spend on a ring.

Lab-grown diamonds are not a hot trend that’s popular today and will be gone tomorrow. To understand the long-term implications, just study where the money is going. De Beers, which is the largest diamond mining company in the world, has started its own lab-grown diamond line to meet rising demand. Today, it would be difficult to find any major diamond company that doesn’t have some investment in lab-grown products.

In the coming years, there’s an expectation that lab-grown diamonds will continue to rise in popularity and may even reach the demand for naturally mined diamonds. Much of this growth will come at the hands of younger buyers who are highly sensitive to the ethical and environmental problems that traditional diamond mining can pose.

RELATED ARTICLE: HOW TO TAKE ADVANTAGE OF BUSINESS OPPORTUNITIES

Let’s Add It All Up

Rewind 25 years and it would have been hard to foresee how the diamond industry would change so dramatically. However, that’s exactly what technology can do. When it became clear that there’s almost no distinction between a naturally mined diamond and a lab-grown diamond, a lot of people changed their tunes. This is no longer a trend or alternative style. It’s a bona fide option for buyers across every budget.

If you’re on the fence about whether or not a lab-grown diamond is right for you, take some time to do a little research. You’ll walk away shocked (and excited) about the opportunities that exist in this space. It’s not every day that an industry with such a rich history can be permanently altered by a new type of product, but this is one of the exceptions!

Perhaps you’re intrigued by the thought that lab-grown diamonds could present a lucrative business opportunity. If so, don’t fail to browse the Business Opportunities blog frequently for tips and trips to get you started.