Business Opportunities
Home Business Everything You Should Know About Aptos Blockchain 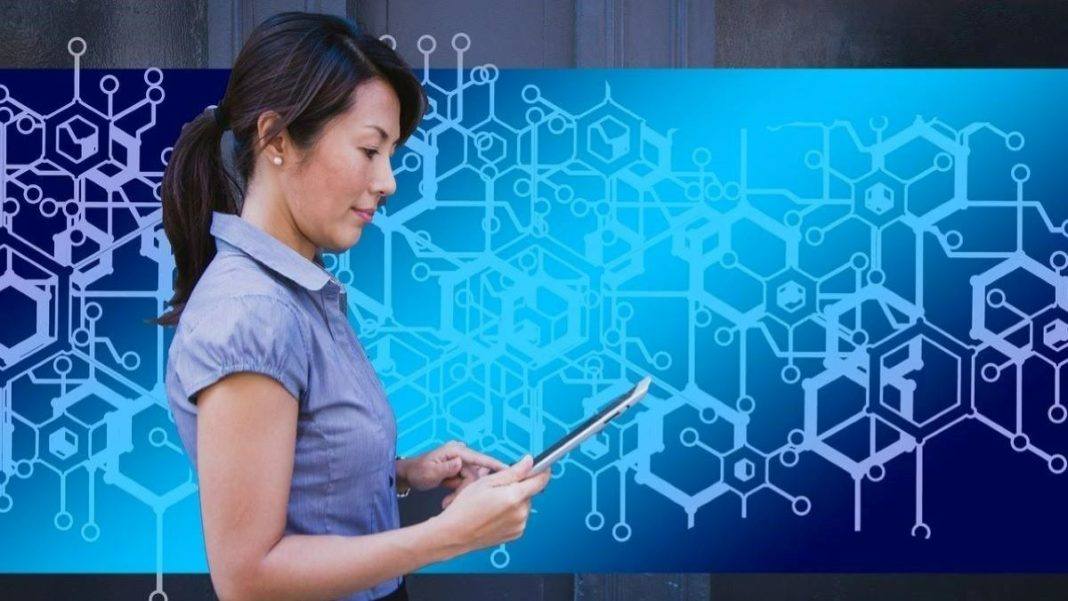 Developers are currently working on a blockchain they call Aptos. This new blockchain will address several issues that plague older blockchains. But first, what is a blockchain and what are those vexing concerns that beset them?

RELATED ARTICLE: WHAT THE FUTURE HOLDS FOR BLOCKCHAIN IN BUSINESS

Blockchain reigns supreme in the world of cryptocurrencies. It is quite doubtful that we would have any cryptos at all if it weren’t for this technological innovation.

Basically, a blockchain is a decentralized ledger where every transaction and modification is recorded. However, there is no overall authority managing it. Ripple (XRP) might exist without the blockchain, but essentially no other cryptocurrency, coin, or token would exist without its blockchain to support it.

Nevertheless, some people claim that blockchain is The Future and that we will soon all be able to accomplish everything on it. (Notably, it seems to be supporters of Web 3.0 who perhaps too enthusiastically make this claim.)

But there is an issue with blockchains in general, and the Aptos blockchain developers plan to rectify it. That is, some argue that the blockchain itself may ultimately be the problem.

Alternatively, according to those who still like to harp about a third or fourth industrial revolution that, they assure us, is happening right now, it may be due to internet users’ ignorance of what may be perceived as a relatively obscure piece of technical knowledge.

In either case, the fact that many people find the blockchain perplexing continues. Jargon predominates, networks slow down as they get busier, and some people wonder how truly safe their blockchain networks are. Moreover, it’s not exactly as if the system is simple to understand.

RELATED ARTICLE: HOW THE WAY WE BUY AND SELL REAL ESTATE IS CHANGING

What Is Aptos Blockchain?

The new Aptos blockchain will hopefully address these issues. As the system’s whitepaper states, “We introduce the Aptos blockchain, designed with scalability, safety, stability, and upgradeability as fundamental principles.”

Hundreds of developers from around the world have worked on the new blockchain over the last three years. It delivers fresh and original ideas in decentralization, system security, performance, and smart contract architecture. The confluence of these technologies will make Web 3.0 more accessible to the public.

Users will feel reassured about the blockchain chiefly because Aptos has a safe key recovery system. Also, it will be able to host a range of decentralized applications (DApps) and non-fungible tokens (NFTs).

What Are the Key Features of Aptos Blockchain?

Despite not yet being fully operational, Aptos already has several noteworthy features that set it apart from other blockchains.

Move is a versatile language that effectively meets the demands of Aptos developers. This language makes it extremely challenging for fraudsters to tamper with the blockchain by, for instance, enabling software programmers to create unique resources that hackers cannot copy or destroy.

Users of Aptos have the option to rotate their private keys to increase their security against theft. Validators can also routinely change their consensus key.

Will the Aptos Blockchain Have a Native Coin?

It’s crucial to note that there isn’t much information available on the kind of native token Aptos will have once it launches. With a blockchain’s native coin frequently acting as a significant selling feature for any new network, this might very well serve as a possible warning sign for would-be investors.

Having said that, there will be a cryptocurrency to go along with the blockchain. Moreover, this is not simply because every blockchain or network built on a blockchain needs a coin of its own. The system has said that payment would be made in what it referred to as Aptos tokens for work performed on the current version of its test net.

In fact, according to the above-mentioned whitepaper, there will be two Aptos cryptos. While the Aptos token is intended to be a non-fungible token and function with other NFTs, the Aptos coin is characterized as a “lightweight standard created for basic, typesafe, and fungible assets.” The token standard is intended to provide an NFT, semi-fungible, or fungible non-decimal token with extensive metadata and functions, according to the whitepaper. Token definitions of this kind can be quickly modified to meet platform and user needs.

At this point, it’s crucial to note that the system has set no official date for the introduction of the Aptos blockchain or the Aptos cryptos.

Can New Blockchain Technology Revolutionize the World Around Us?

Similar to upcoming blockchain solutions like Aptos, blockchain game solutions are predicted to result in great success. Being based on smart contracts, such solutions enable talented players not only to earn money, but also to become gameplay creators. This revolutionizes not only the gaming industry as such, but also creates innovative ways to earn money.

Players now have the option to claim actual ownership of their in-game assets, which P2E game producers mint as NFTs on the blockchain. This is thanks to NFT-driven P2E games, also referred to as “crypto games.” Although they perform nearly identically to their conventional equivalents, having in-game assets made of NFTs and in-game money that can be used as crypto opens up a world of opportunities for the gamer.

Virtual items that players can earn or buy in-game, such as skins, weapons, characters, in-game currency, and even virtual land on the metaverse, can all be exchanged or sold for profit, just like any other NFT. Additionally, some of these in-game items occasionally sell for eye-popping sums on the secondary market, just as with any other NFT.

All these blockchains that are yet to come will surely transform how we manage money. Meanwhile, they will also change how we work, communicate, and go about daily activities in our lives. Accepting that blockchain development would benefit and draw a variety of possible enterprises and organizations, all of which will undoubtedly invest in it, shouldn’t cause any reluctance.

The technology still has a long way to go, even though it will help combat numerous market-wide problems. But whether you are a tech enthusiast or not, blockchain technology has fresh and interesting work and investment prospects to offer, all of which are worth examining.

RELATED ARTICLE: HOW TO BUILD YOUR STARTUP TECHNOLOGY STACK: 6 CONSIDERATIONS