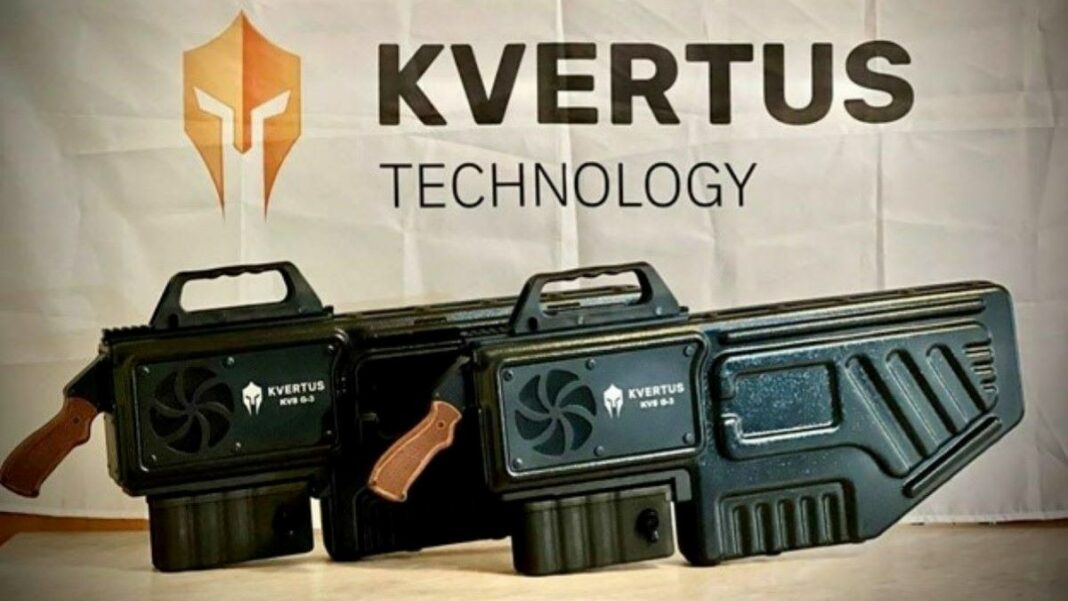 Sadly, Ukrainians have to fight and protect their freedom today. Luckily, however, many entrepreneurs, Max Polyakov among them, understand that technologies provide an immense competitive advantage to the troops of the defenders.

What’s more, the war in Ukraine has brought about some positive developments. For one thing, Ukrainians are united and actively engaged in supporting their country. They are finding creative ways to fight back. And they are using new technologies to ensure the security of the country.

It is not an exaggeration to say that technology has been a decisive factor in this war. With creativity, an innovative approach, and support from well-known businessmen such as Max Polyakov, Ukrainians are standing firm against aggression.

To give just one example, Kvertus is a startup in Ukraine which has created an anti-drone gun capable of dropping Russian unmanned aerial vehicles (UAVs) at a distance of around two miles. This defensive weapon is the drone jammer KVS Antidron G-6 that is now serving Ukrainians on the frontline.

With such technology, Ukrainian defenders have been able to obtain an additional advantage over Russian troops by preventing Russion drones from providing the occupiers with valuable information.

The gun uses microwaves to jam the drones’ internal communications components instead of damaging the UAV itself. In such a way, the drone simply lands. Then the Ukrainian military can pick it up and learn about the information the machine has already collected. They can even find out where the drone came from.

In this new kind of war, drone jammers like the ones produced by Kvertus play a critical role. They not only collect information but can also be used for fire spotting or dropping explosives.

In an inspiring move, many of these weapons have been purchased with money from private donations, including a purchase by Max Polyakov of 100 such guns.

Kvertus started working on this kind of defensive weapon when the Russians began their aggression in Donbas. Then in January 2022, just before the full-scale invasion began, they were ready to supply the military with some initial equipment.

The war then brought information about the startup’s invention to a broader public. This encouraged businessmen like Max Polyakov, along with charitable foundations and others, to donate money to help develop technologies that will save lives.

Max Polyakov and Technologies for Peace

The Kvertus drone jammer is only one of many innovative technological products that have become known to the public since the war started. In other words, UAV jamming is not the only technology Ukrainians are using in this war. There are many other technologies that are saving lives in Europe’s largest country.

As a space entrepreneur, Max Polyakov has encouraged Ukraine to use satellite data to help protect both defenders and civilians in Ukraine. Satellite data collected from space by a variety of sources is also an important contributor to Ukraine’s ultimate victory.

For example, soon after the war broke out, Polyakov called on satellite data providers to provide Ukraine with critical data. He also initiated an agreement with European GEOSAT so that EOS Data Analytics, the startup founded by Polyakov, could use data from their satellite.

Moreover, Ukraine will be able to benefit from that satellite data in rebuilding the country and relaunching its industries. Max Polyakov has also engaged in a Ukrainian project, called “Army of Drones.” The aim of this project is to ensure that Ukrainians have sufficient intelligence and an additional chance to protect themselves.

According to Max Polyakov, technologies and innovation should serve the common good. All the effort that the entrepreneur has put into protecting Ukrainians’ lives is connected with technologies that save lives. Neither anti-drone guns nor satellite technologies cause harm to people, but they do simplify the work of the defenders. They provide additional advantage by equipping the protectors with the latest and most innovative tools.

The war in Ukraine is unique, thanks to the numerous innovative technologies and strategies that have emerged. It is an outstanding example of how technological advances help save lives and overcome the enemy.

Moreover, Ukraine is fortunate in having forward-looking and peace-seeking entrepreneurs like Max Polyakov, who are doing everything possible to advance Ukrainian technology despite the war. In so doing, he and others like him are helping millions of people.