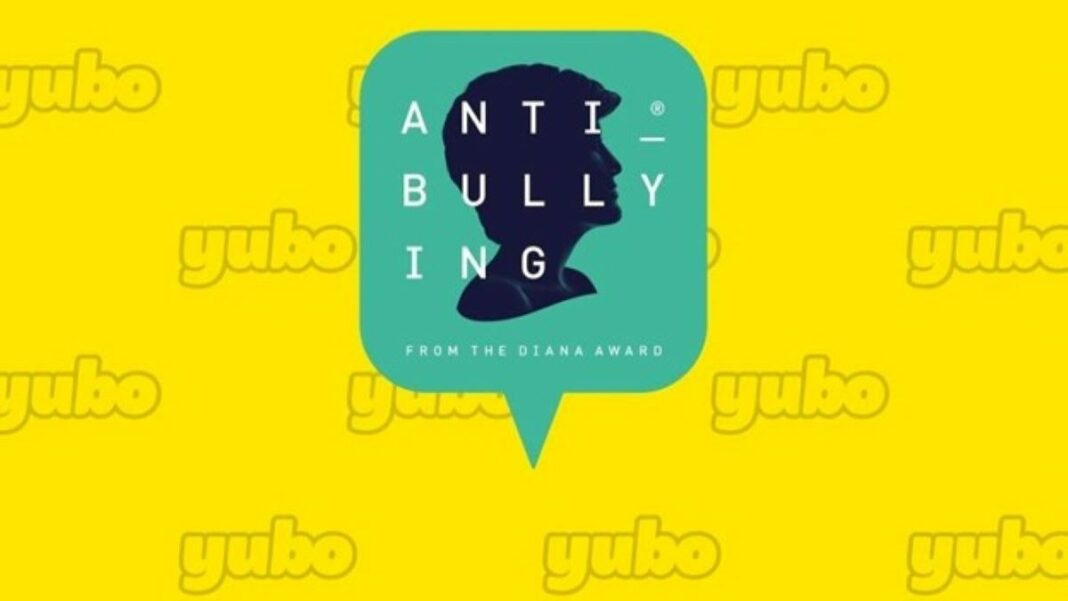 Yubo, a leading live social discovery app, partnered with The Diana Award to provide users with anti-bullying information and strategies.

As online social interactions become increasingly common, cyberbullying has also continued its unwelcome intrusion into the lives and conversations of many young people across social media today. As The Cybersmile Foundation reports, cyberbullying is especially troubling for young online users, many of them minors. Moreover, these young people may feel they have nowhere to turn.

Fortunately, the live social discovery platform Yubo has stepped up to help create a more positive dynamic. Launched in France in 2015, Yubo now counts more than 60 million users in over 140 nations.

During Anti-Bullying Week, held from November 14 through November 18 in 2022, Yubo teamed up with non-profit partner The Diana Award. Through its global reach, Yubo will provide its young users with information and strategies to fight online bullying behavior.

The Scope of Online Bullying Behavior

In addition, the survey showed that 55 percent of surveyed parents believe children are more vulnerable to cyberbullying at home, compared to school. This result likely stems from the fact that young people do not usually have constant adult supervision when using the internet at home.

RELATED ARTICLE: HOW DIFFERENT INDUSTRIES ARE GETTING THE MOST OUT OF WEBSITE DESIGN

The Diana Award, a UK non-profit organization, honors the much-loved Diana, Princess of Wales. HRH The Prince of Wales and The Duke of Sussex support the foundation that honors their mother’s legacy. Princess Diana strongly believed that young people can change the world.

The Diana Award spotlights young people ages 9 to 25 years old who are passionate about improving the lives of others. The foundation’s programs include a mentoring program for at-risk young people, a youth-directed anti-bullying ambassadors initiative, and a collaborative mental health support program for youth in racialized environments.

To reduce school-based bullying, The Diana Award sponsors the Anti-Bullying Ambassadors Program. With the initiative’s guidance, more than 50,000 UK youth have received training on conducting anti-bullying campaigns in their schools.

During Anti-Bullying Week, and throughout November 2022, Yubo made The Diana Award’s educational resources available to many young users directly through its app. Yubo also offered useful anti-bullying information and tips users can deploy if they fall victim to or witness online bullying. The campaign launched on Monday, November 14, on the platform to users in the United States, UK, Canada and Australia. Any users who want to learn more can swipe to access additional resources.

Yubo CEO Sacha Lazimi emphasizes Yubo’s commitment to fighting harmful online bullying behaviors. “At Yubo, we believe it’s the obligation of all online platforms to dedicate resources to combating online bullying and harassment. And we are proud to work alongside impactful organizations like The Diana Award as a part of our ongoing anti-bullying efforts.

“We have launched a wide range of technical tools and policies designed to discourage and address toxic behaviors online. But we know that it’s also important to drive awareness across our community with concerted educational campaigns and strategic partnerships,” Lazimi adds.

Alex Holmes, The Diana Award’s President and Yubo Safety Advisory Board member, affirms the importance of Yubo’s coordinated cyberbullying campaign. “The line between online and the real world is increasingly blurred for young people, many of whom have had firsthand exposure to online communities since their earliest formative years.

“As this intersection of the two worlds continues, we are encouraged by the participation of safety-conscious social media platforms like Yubo in helping us to spread awareness and fight against cyberbullying,” Holmes concludes.

As a leading online social platform, Yubo combines technological tools and human-driven user safety strategies. Together, these efforts proactively drive the platform’s Community Guidelines, which prohibit any form of bullying.

Preventing online bullying behavior begins by aiming to ensure that all platform users are who they say they are. Yubo’s industry-leading Age Verification System (or AVS) accomplishes this goal by requiring every one of its users to verify their ages. In September 2022, the company became the first major social media app to require 100 percent user age verification.

How the Age Verification System Works

Each Yubo user simply takes an in-app photo of their face. Yoti’s liveness algorithm also takes a few-second video to ensure the image is not a screenshot or fake photo pulled from another source.

Assuming the image is valid, the proprietary Yoti software estimates the user’s age. If their claimed age and actual age match, the platform verifies them and sends them to Yubo’s homepage. However, if not, the user must give additional documentation.

How Age Gating Fits In

Once each user verifies their age, they are assigned to specific communities based on this age. This is in place to limit adult-teen interactions, which helps to protect minor users and encourages interaction with others in the same age group.

Under Yubo’s initial Age Verification System timeline, 100 percent of users would undergo the age verification process by the end of 2022. However, a better-than-expected beta trial accelerated the rollout. Instead, 100 percent of Yubo’s users were age-verified three months ahead of schedule.

Yubo’s Muted Words feature debuted in 2021. This easy-to-use digital tool enables users to list words, phrases, abbreviations, and emojis they might consider harmful or offensive. Then, if the user doesn’t want to see these elements in their communications or notifications, they can eliminate the items with a few clicks.

Yubo’s sophisticated algorithm is designed to identify users who may be ready to post inappropriate text and/or images. It also identifies other users who may be preparing to share extremely sensitive personal details.

If the algorithm thinks either event is imminent, the user immediately receives an alert. The message suggests that they review the action’s possible outcomes and reconsider their choice. Thus, Yubo addresses the immediate situation while also engaging in user education.

Yubo has solved this problem via a two-pronged approach. First, when a user reports an issue with a live stream, a Safety Specialist immediately receives an alert. Then they quickly jump into the Live to review the reported claim and take action if necessary. Yubo stands out as the first social media app to monitor and intervene in livestreams in real time.

Concurrently, Yubo’s artificial intelligence (AI) filters monitor the live streams via second-to-second screenshots. If the filter detects the emergence of inappropriate or harmful content, a human moderator is immediately alerted. They then enter the Live and take action to resolve the issue.

To obtain expert guidance in formulating its Community Guidelines and support tools, Yubo regularly consults with its Safety Advisory Board. This respected panel consists of international experts from leading organizations engaged in online safety initiatives. Examples include INTERPOL, Thorn, and the National Center for Missing and Exploited Children.

RELATED ARTICLE: WHY POSTER PRINTING IS PERFECT FOR YOUR NEXT BIG CAMPAIGN

Yubo’s partnership with The Diana Award reflects the app’s commitment to fighting destructive bullying behavior. In turn, this initiative is part of Yubo’s overarching dedication to prioritizing its users’ online safety.

Finally, Yubo’s Safety Advisory Board serves as a guiding force for shaping comprehensive user safety policies and procedures. Taken together, these components are integral to helping Yubo users of all ages enjoy safe online experiences.