Business Opportunities
Home Franchises Thinking of Opening a Franchise? Check Out the Top Franchises of 2015 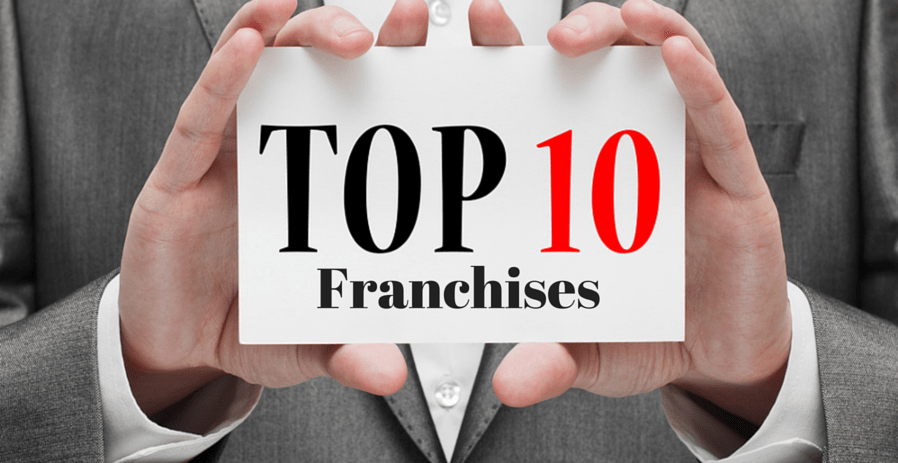 If you’ve been thinking about opening your own franchise, this list of the top 10 franchises is a great place to start.  However, if the franchises on this list don’t appeal to you, maybe this list will spark some ideas about what franchise might.

This is a large health and fitness club business with a multinational presence. It currently has approximately 2,400 franchises in operation. As you may well know, the health and fitness boom is alive and well across the globe. This is part of what makes these franchises an attractive option. An Anytime Fitness franchise typically has startup costs that range from $50,000 to $350,000.

Owned by instantly recognizable Hilton Worldwide, Hampton Hotels is a franchise hotel business with an international presence. There are currently around 1,800 Hampton Hotels in operation today. The hotel business can be incredibly lucrative. However, it can also be very capital-intensive to get started in. Entrepreneur estimates that the startup costs associated with opening a Hampton Hotels top franchise can range from approximately $3.5 million to $6.5 million.

Speaking of the health craze, Subway has carved out an incredible niche for itself in the fast food industry. They do this by offering a healthy alternative to greasy fries and burgers. Based out of Bridgeport, Connecticut, Subway operates a staggering 42,000 franchises worldwide. Subway’s brand identity is remarkably strong. Plus, because of its athlete sponsorships, it offers an incredible opportunity for being a top franchise. That is, if you can find a place to put one!

As long as there are people on this planet, there will be hairs that need trimming. And Supercuts has carved out a nice slice of the cosmetology pie. In operation since the mid 1970’s, Supercuts has more than 2,000 franchises in operation across the United States. Entrepreneur estimates that the costs associated with starting up a Supercuts range from approximately $100,000 to $200,000.

Jimmy John’s is a restaurant franchise that deals in gourmet sandwiches. Currently, it has a presence in 43 states with nearly 2,000 locations. What’s more, there are more on the way, and almost all of them are franchise-owned. If you’re interested in starting up your own Jimmy John’s Gourmet Sandwiches franchise, then you should be prepared for an initial investment somewhere in the $300,000 to $500,000 range.

As a business, 7-Eleven is practically synonymous with the term convenience store. And it’s no wonder. The company, which is publicly traded, operates a jaw-dropping 50,000 locations across the globe. In addition, the vast majority of 7-Eleven locations are franchise-operated. In fact, the company currently holds the world record for the most franchise-operated businesses. If you want to get involved with this convenience store heavyweight, expect the cost of opening a 7-Eleven franchise to vary from as low as $50,000 to as high as $1.6 million.

When you need restoration services for your home or business in the United States or Canada, it’s likely that Servpro is going to be the business that you call. They currently operate 1,600 individual businesses throughout these territories. The worldwide increase in natural disasters is good for Servpro’s business. This makes a Servpro franchise an attractive option. You’ll find that the startup cost of a Servpro franchise is between approximately $140,000 and $190,000.

Denny’s restaurants are a friend to hungry breakfast crowds and late-night barflies alike. They currently operate 1,600 restaurants across the globe, including locations in Japan and Qatar. In operation since the middle of the last century, it’s unlikely that Denny’s is going anywhere soon. Opening your own Denny’s franchise will require a hefty investment, though. That investment can range from $1 million to $2.6 million.

Like the little engine that could, Pizza Hut continues to chug along. Meanwhile, it agreeably adapts its offerings to the changing palates of a world population that’s continually hungry for more pizza. With only half of its 11,000 restaurants in the United States, Pizza Hut is an international force in global pizza consumption. In order to start up your own Pizza Hut franchise, you’ll need to make an initial investment of anywhere from $300,000 to $2.1 million.

As they say, America runs on Dunkin’, and that’s why it’s such a popular franchise. What’s more, it’s one which has expanded greatly over the past decade, and there are Dunkin’ Donuts locations throughout the globe. Currently, there are 11,000 Dunkin’ Donuts in operation worldwide. The initial investment required to open a Dunkin’ Donuts franchise ranges from as low as $300,000 to as high as $1.5 million.

Start a Franchise Business in Japan

Last but certainly not least, consider opening a franchise business in Japan. You’ll need to apply for articles of incorporation, and you’ll likely need legal counsel. However, the Japanese market represents one of the most stable economies in the world. Therefore, any franchise you open there is likely to do well.