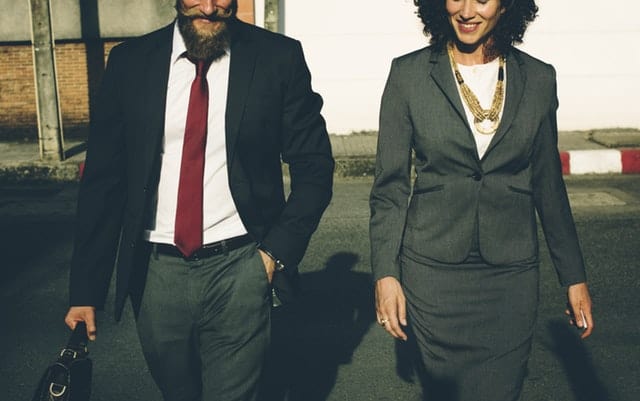 Top Mistakes That Get CEOs Fired

CEOs have constant oversight by three key stakeholders. These are customers, employees, and the board of directors, who represent investors. If any stakeholder group becomes sufficiently unhappy with a CEO’s performance, it’s likely that the company will remove him or her, often quite publicly.

The company often gives the media one of several reasons when it fires a CEO. Perhaps at the height of a mishandled crisis, the CEO, under pressure, said something they shouldn’t have. They were too lenient with a top executive who had been offensive to employees or the public. The company repeatedly failed to meet revenue targets and the CEO gave no explanation nor offered any plan that would fix the problem. In many cases, however, the public reason wasn’t the real reason at all why the termination took place. It was simply a convenient excuse.

I spoke with Gail Meneley, co-founder and advisor at Shields Meneley Partners, the leading advisory firm for top executives in career transitions, about what she’s observed about the majority of CEOs who have come to her after termination. We talked mistakes, regrets, and reborn careers—and what current (and aspiring) CEOs should avoid. Here are her top picks:

1. Failing to Evolve with the Company

CEOs are often founders or early employees in the company. Therefore, they still think of it as it was when they joined. Small, close-knit, and with everyone happily wearing a bunch of different hats. What we’ve learned is that the profile of a successful start-up entrepreneur is very different from that of a large company CEO. The competencies necessary for leading a company that disrupts an industry with a new business model are very different than those necessary for scaling and managing a large, high-growth enterprise.

Travis Kalanick, co-founder and former CEO of ridesharing innovator Uber, is a stunning example of an incredibly intelligent CEO who didn’t have the experience to lead a multi-billion-dollar company. The company had an especially difficult year. However, the the main issues—a sexual harassment suit, an ensuing federal investigation, and Kalanick’s tirade against a driver that went viral on social media—suggested that Kalanick was immature. He showed himself unwilling to confront the real issues. Instead, he elected to ignore the problem, hide from it, and use intimidation to keep people in line.

Many CEOs don’t have the experience or the background to lead a rapidly growing company. What they do have is an eye for innovation and growth and a passion for the business. The missing link is partnering with a confidential career coach and advisor who can teach them what they don’t know when it comes to leadership and management. Having someone who will listen to the challenges they are facing without judgment, and help them develop their own solution, is invaluable.

2. Trying to Fix What Isn’t Broken

The urge to start fresh and fix several problems at once is quite common for new CEOs who want to make their mark. It’s often hard for them to keep their hands off the business—even the parts that are doing just fine. When you inherit a company with a great legacy that’s facing significant issues, focus on the big problems. Trying to install a new vision prematurely may halt keystone projects or disrupt important revenue streams.

Mark Fields, former CEO of Ford, learned this lesson the hard way. He inherited a cultural icon that was having trouble adapting to new technology and customer expectations. But—and this is the critical part—the company still had a solid foundation, a phenomenal culture, and hyper-focused management systems. If Fields had focused more on building Ford’s existing greatness, instead of tinkering with what was already working, he might still hold the title of CEO.

If you’re not the first CEO your company has had, keep your eye on the future. At the same time, value the strengths of the company you now serve. Build on the greatness that already exists.

3. Being a Control Freak

People who make it to CEO tend to be cut from a different cloth than other people. In the best case, they’re more willing to take calculated risks, have a bias toward action, are great communicators and inspired leaders. However, some CEOs get too deep in the weeds. They end up micromanaging their company and their direct reports.

The chief executive sets the tone of the company. So unless they’ve given you a reason to doubt them, trust that the team is capable of doing its job.

Unfortunately, Jeff Kindler, former CEO of Pfizer, learned this the hard way. The former litigator—a profession in which keeping your cool is essentially part of the job description—ended his tenure at the drug behemoth with Fortune’s exposé-style article about his management style. This otherwise talented, shining-star professional didn’t handle the pressure of leading one of the biggest drug companies in the world.

Your job is to keep your cool under pressure. Don’t question the judgment of direct reports or resist new ideas when you hear them. Encourage others to experiment and innovate, and trust that they are committed to the company’s success. If you no longer trust someone, you have a very different problem. Address it now, not later.

These are tough calls. If you don’t have a trusted advisor, find one. A professional career coach can make all the difference to your future.

Atanu Shaw has been working in the digital marketing industry for the past eight years. He has a knack for elegant traffic growth hacks that require little investment and for creative content marketing. He also writes for Huffington Post (USA), International Business Times (AU), Tech.co, E27, and many other sites.