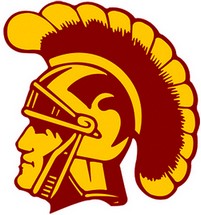 Like many of his classmates, University of Southern California senior David Wachtel is crazy about college football and will follow the Trojans nearly anywhere.

The only thing that dampens his enthusiasm for away games is the cost. He saw students paying exorbitant amounts of money for, say, a trip from Los Angeles to the San Francisco area for the Stanford game, and he knew he could get a better price if he put together a group. In the fall of 2007, he put up fliers around campus advertising a package deal.

“I had 100 spots originally,” he says,”and those 100 spots sold out in under two weeks. Then I had a wait list that was 50 people long, so I called the hotel back.” By the time the caravan of buses Wachtel had assembled pulled off USC’s campus and began to head north, he had arranged travel for 216 customers and booked $50,000 in revenue.

A business, College Weekenders, was born. Three years later, student travelers can choose from two tiers of service ($295 or $395) to attend a USC Pac-10 game. Typically, a package will include two nights in a nice hotel, transportation to and from the game, and access to private parties at bars before and after the trip. Students can also buy game tickets through the company.