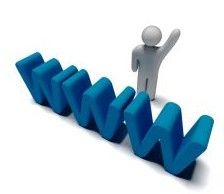 The use of computers and e-mail is ubiquitous among all white collar workers, but a recent study suggests that there’s a generational gap between how younger and older employees use the Internet at work.

According to a survey conducted among 450 people by online information firm LexisNexis, Generation Y workers (those under 30) spend significantly more time online and juggle more activities than their Baby Boomer coworkers (those over 45).

In general, employees reported cramming 15.9 hours worth of activity, ranging from returning email to surfing the web, into one 8-hour workday–proof that everyone multitasks. By age group, however, boomers reported significantly less multitasking, logging only 10.3 hours of activity, while Generation Y clocked 22.9 hours.

Sixty-two percent of under-30 workers access social networking sites from the office and 39 percent report playing online games, compared in both cases to only 14 percent of boomers.