While this is not directly connected to mom-entrepreneurship, this is a great example of what our government can do for those of us that find ourselves unfortunately unemployed. This could also make for a wonderful opportunity, allowing working moms who have recently been laid-off the chance to become mompreneurs.

Management consultant Mike O’Daly lost his job in February when Gulf Pacific Inc. made drastic cuts. After unsuccessfully looking for work for three months, O’Daly enrolled in little-known state program that lets laid-off workers use unemployment benefits to launch their own companies. 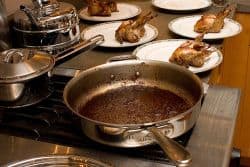 He’s glad he did.

“It was time for me to take control of my own future,” said O’Daly, 54, whose new company, Mercury Business Solutions, has its first two first clients. “This will get me going.”

O’Daly is one of 102 Oregonians currently enrolled in the Self Employment Assistance Program, which lets people collect unemployment benefits without looking for work, as usually required. The state program, one of only eight in the country, has never been busier.

“Interest always goes up in recessions, but it’s really rocking right now,” said William “Pat” Sanderlin, an analyst with the state Department of Employment who coordinates the program. “This keeps people fed with their lights turned on while they pursue their dream.”

The self-employment program is tiny, currently enrolling less than 1/10th of one percent of the approximately 111,000 Oregonian’s collecting unemployment. Those in the program get no extra money for training or business costs, and are not allowed to extend their benefits beyond the normal 26-week period.

They do, however, get a chance to fully dedicate themselves to starting a business, and any business earnings are not deducted from unemployment checks. “It’s just a bare bones thing,” Sanderlin said. “But for people who are really motivated, it’s an opportunity.”