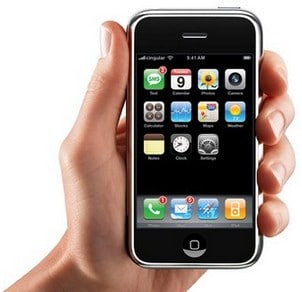 But according to an Inc.com story, for the last nine months Voorhees has climbed a mountain of doubt, overcame unfamiliar programming languages and pored over college level computer science textbooks–all to develop his very own iPhone application.

His app, MathTime, debuted in the App Store and quickly rose to No. 13 in the paid, educational apps section.

The premise of MathTime is simple; it takes the old-fashioned flashcard “mad minute” drill idea and adds a new media twist. Participants can practice addition, subtraction, multiplication and division on the phone by quickly solving problems with two taps of the phone, one to show the problem, one to display the answer.

“I thought it would be cool,” said the Hinsdale, Ill.-native, adding, “It’s really cool to make something work, to make a little money, to do something like this and see it up” on the App Store.

After he established the basic premise of the game, Owen’s 9-year-old brother Finn designed the mathematical symbols in Photoshop. Once the design was done, the boys pitched the program to Apple.

“Nothing’s impossible if you don’t know it’s impossible,” said John Voorhees, Owen and Finn’s father, who created an app account and provided a bank number for the boys. “He dug into it all by himself, I didn’t touch a line of code.”

How to Hire a Virtual Assistant: 6 Steps

Millennial Business Owners Cash in on a Changing World