The Reliance-Anil Dhirubhai Ambani Group (ADAG) plans to sell its products door-to-door. Until now, Reliance sold various products through its retail outlet, Reliance World. It had also commenced distribution of its own products last November. 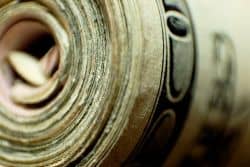 The group now plans to sell mobile connections â€“ both pre-paid and post-paid â€“ along with handsets, data cards, wireless phones, mobile accessories, DTH connections and even rent DVDs through direct sales. The company will also knock on some corporate doors to sell its enterprise products, like video conferencing services and bulk internet connections.

The direct sales operations will take off in April this year and the company will recruit 600 agents in the next four months. Initially, the new business will start in 100 cities and will expand to 600 cities in the next three years.

The direct sales network of the Reliance-ADA Group will be consolidated under its retail arm Reliance Webstore â€” a wholly-owned subsidiary of Reliance Communications â€” that owns the brand of retail stores called Reliance World. Direct selling agents will be operationally mapped to Reliance World stores and each store will have up to three agents.

The agents will be paid on a commission basis. Reliance Webstore will pay up to 50 per cent of the distribution margin it earns on its products to the agents on every transaction closed. Distribution margins on various products range between 5 per cent and 8 per cent. However, for its video conferencing product, Reliance Webstore will offer 20 per cent of its overall gross margin to its agents.