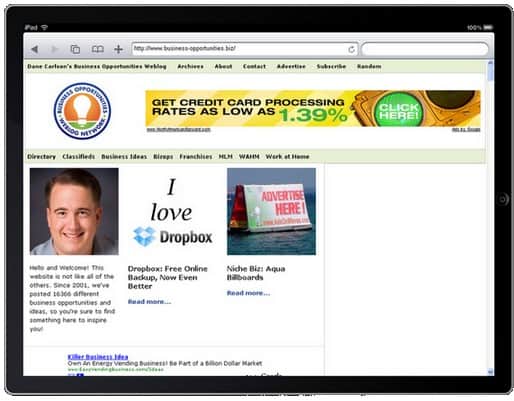 According to a story at AppScout, if you run a Web site, it’s important to make sure it looks as good as possible on as many platform as possible.

Over the weekend, of course, Apple launched a little device it hopes will prove the next major platform for Internet exploration, an attempt to bridge the gap between the worlds of the laptop and smartphone.

While many developers no doubt ran out this weekend to pick up an iPad of their very own (among the estimated 700,000 sold over the two days), not everyone can afford to plunk down $600 to see how their site looks on Apple’s new tablet.

iPad Peek, thankfully, offers a simple solution to the problem. The site frames pages in a manner similar to that of the iPad, offer the dimension of that device, the bezel (complete with power readings), and the virtual keyboard. Clicking on the top will flip the device between landscape and portrait modes.