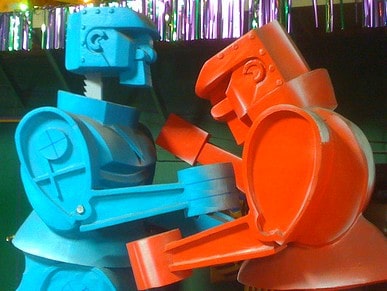 According to The New York Times, after a towing company hauled Justin Kurtz’s car from his apartment complex parking lot, despite his permit to park there, Kurtz, 21, a college student in Kalamazoo, Mich., went to the Internet for revenge.

Outraged at having to pay $118 to get his car back, Kurtz created a Facebook page called “Kalamazoo Residents against T&J Towing.” Within two days, 800 people had joined the group, some posting comments about their own maddening experiences with the company.

T&J filed a defamation suit against Kurtz, claiming the site was hurting business and seeking $750,000 in damages.

Web sites like Facebook, Twitter and Yelp have given individuals a global platform on which to air their grievances with companies. But legal experts say the soaring popularity of such sites has also given rise to more cases like Kurtz’s, in which a business sues an individual for posting critical comments online.

The towing company’s lawyer said that it was justified in removing Kurtz’s car because the permit was not visible, and that the Facebook page was costing it business and had unfairly damaged its reputation.

Some First Amendment lawyers see the case differently. They consider the lawsuit an example of the latest incarnation of a decades-old legal maneuver known as a Strategic Lawsuit Against Public Participation, or SLAPP.

The label has traditionally referred to meritless defamation suits filed by businesses or government officials against citizens who speak out against them. The plaintiffs are not necessarily expecting to succeed – most do not – but rather to intimidate critics who are inclined to back down when faced with the prospect of a long, expensive court battle.