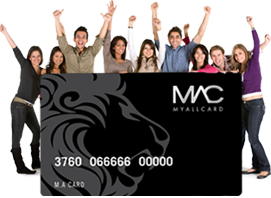 Energy seeps from this young guy in the bright-colored sneakers and a backward ball cap.

So much that he can’t decide what to tell me about first.

Maybe it’s My All Card, a savings card he co-created with a partner to offer discounts at more than 800 local businesses.

Or the fact that Jeff Wyler Honda pays his monthly lease on a 2010 Accord Crosstour so he’ll promote its Colerain dealership at local concerts and venues.

Sean Herron is the 24-year-old co-founder and face of Self Diploma, a promotions and marketing company he runs with his best friend, Seth Wiener.

Friends in the local entertainment industry marveled at his ability to attract a crowd, and in college asked the 19-year-old Northern Kentucky University student to help create buzz about parties they planned at local clubs. Herron had no interest in the bar scene – he doesn’t smoke, dance or drink alcohol – but he wanted to help his friends. He spread the word through posters, emails and phone calls and hundreds would show up.

“It was lucrative, and I became good at it,” he shrugs.

Over time, he forged partnerships with most of the bar and club owners in town, doing so much promotion that he didn’t have time to finish his degree.

Herron knew he could fill smaller venues like Madison Theater in Covington or Bogart’s in Corryville. There, he could charge $25 or less per ticket, amounts his friends could afford. He could also offer up local bands and disc jockeys as opening acts.

His strategy is working. Since February, he’s booked 14 national artists including Kid Cudi, Mike Posner, LMFAO and Talib Kweli. After opening for Kweli, one local disc jockey named DJ Clockwork was invited to tour with the national rap artist.

Logo from My All Card