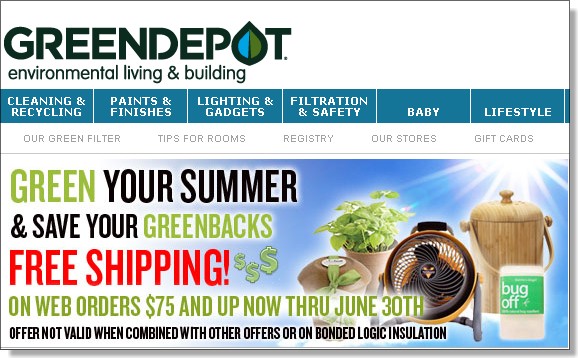 Founder and president Sarah Beatty bills Green Depot as the country’s largest green building supplier, with 10 showrooms and 20 warehouses across the Northeast.

She says the fast-growing business isn’t expanding merely for the sake of growth, but to make sustainable building products accessible and affordable so they can be easily adopted in standard construction.

In a story at Bloomberg Businessweek, Beatty, a former MTV marketing executive, is also adamant about combating “greenwashing”–dubious claims about environmental benefits. Beatty, 44, submits every product Green Depot sells to rigorous in-house assessment to ensure it provides the environmental benefits claimed by the manufacturer.

The formula is paying off for the 38-person business, despite the downturn in construction and housing: Beatty says revenue was up 250 percent year-on-year.

Green Depot has also begun to target consumers. In February 2009, it opened a flagship store in Manhattan’s SoHo district and in March it hired a full-time employee to manage its online presence and e-commerce store.