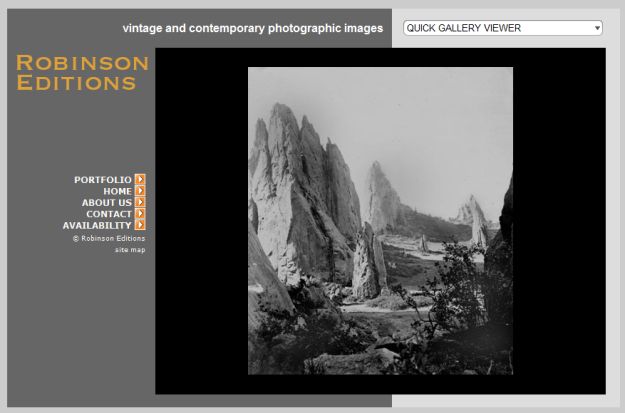 According to The Commercial Appeal, Dan Oppenheimer is truly a renaissance man.

He’s acquired companies, sold companies and invented companies — and most are still going strong. Through all his endeavors and adventures, there has been a consistent, creative impulse.

“My mother was a portrait artist and my dad was in the savings and loan business. I guess that’s where it comes from,” said the Memphis native.

One of Oppenheimer’s newer enterprises is Robinson Editions, an art business that prints and sells framed original photographs and other unique work to the hospitality industry worldwide.

“We have quite an inventory of unique images, and we keep adding to it.”

If Oppenheimer and his 10 employees can’t find it, they’ll make it.

The imaginative entrepreneur came up with the idea for Robinson Editions when he kept receiving calls from hotels inquiring about his access to the archives of renowned photographer Jack Robinson.

In addition to maintaining the photographer’s archives in a separate building and promoting and selling his work, Oppenheimer keeps a rotating exhibit of Robinson’s images on display in the gallery he built in the 25,000-square-foot office building, where he’ll also allow local artists to show their work.