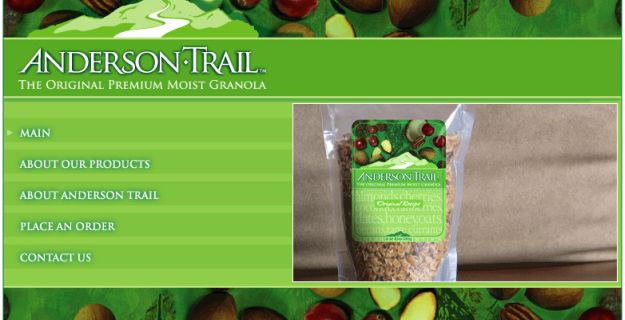 Now that Justin Avery Anderson’s soft granola has made it to the shelves of Whole Foods and Central Market, he hopes to take it all the way to the White House reports The Dallas Morning News.

“I have not contacted the White House, but that’s the plan for the next few weeks,” the 23-year-old says.

Anderson started his company when he was 16. Two years later, Anderson Trail granola was being sold in a Central Market in Houston. By fall 2007, it was in every Whole Foods in the Southwest and all Central Markets.

Since then, he has sponsored 5K runs, added two new flavors and survived an early morning on the Home Shopping Network. And he graduated from college.

Anderson just wrapped up an eight-week road show at Costco stores in North Texas, sampling and selling his product from a “yacht-size display.” It was the first step in trying to get his granola onto the wholesale giant’s shelves.

He has settled into the life of a businessman since graduating from Texas Christian University in 2009. What began in his mother’s kitchen has become a full-time job and a brand that he continues to expand one store and one idea at a time.