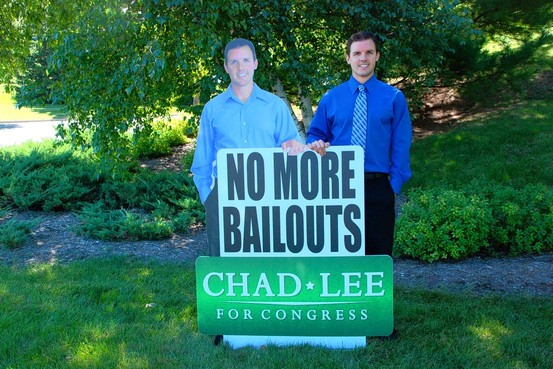 The Wall Street Journal reports that as campaign season ramps up, entrepreneurs that make products designed to help office-seekers and incumbents win votes are bracing for business.

Small companies such as VictoryStore.com Inc. have introduced new marketing tools for political candidates in recent years, with users ranging from U.S. senators to small-town sheriffs. More politicians are expected to tap them in coming months as November elections approach for Senate, House and gubernatorial seats.

VictoryStore.com began selling life-size cardboard cut-outs in 2009 in the shape of politicians and people representative of various voter demographics–aiming for its campaign memorabilia to differ from the rectangular signs that have long blanketed public roads and suburban lawns.

“If you want to talk to blue-collar voters, you buy the construction-guy cut-out,” says Steve Grubbs, chief executive and co-founder.

The 90-employee, Davenport, Iowa, company also offers signs in the shape of symbols commonly associated with certain political offices, such as stars for county sheriffs, as well as the traditional boxy signs.

Grubbs, a former Iowa Republican party chairman, says he expects the signs to boost his 11-year-old business’s annual revenue to $20 million this year, up from about $11 million in 2009.

“We’re seeing a lot of growth,” he says.