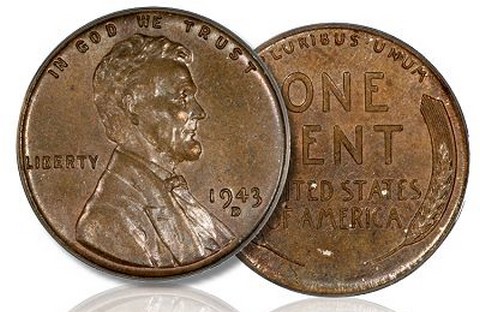 According to Neatorama, this is a one-of-a-kind penny, resulting from a production error at the U.S. mint in Denver. It was struck in bronze rather than the zinc-coated steel normally used during the WWII era. About 20 such errors are known from the Philadelphia and San Francisco mints, but this is the only one known from the Denver mint.

The anonymous collector who formerly owned the coin “donated it to a charitable organization so they could sell it with all of the proceeds going to the charity,” according to Andy Skrabalak of Angel Dee’s Coins and Collectibles in Woodbridge, Virginia who acted as agent on behalf of the former owner.

The new owner is an anonymous businessman who plans to exhibit the penny at various venues around the country.