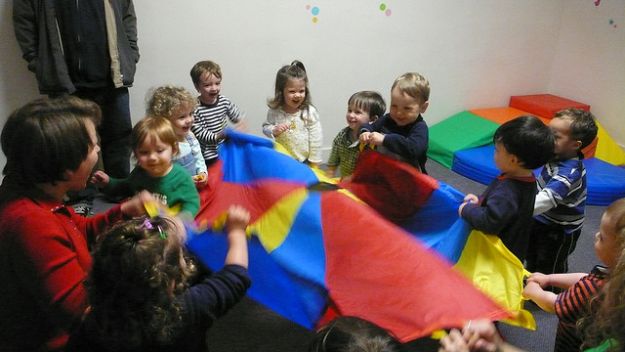 Mahita Fernandez was having trouble finding time for herself. As a stay-at-home mom, she did not need daycare. However, after her baby was born she began to miss those rare moments when she could sneak off to see a movie or spend a little time with herself.

Disappointed by the lack of drop-in daycare options in her area, she decided to do something about it. According to DNA India, Mahita launched Gambolla in April of last year, and she’s seen a lot of success from it.

Spread over 2000 sq feet on Infantry Road, near the shopping areas of Commercial Street and MG Road, the activity centre has an indoor and outdoor play area, a giant play house, art and craft corner and a host of puzzles, games and books.

It also has a mini cafÃ©, where parents dropping off their children can browse through magazines while sipping on some coffee.

So popular has this idea proved that a number of activity centres now cater to the same need. Most have been started by young parents, whose search for such services led them to reinvent their careers by mixing a sound business idea with a passion for childrenâ€™s activities.

â€œWe also work out packages taking into account school holidays when parents are at work and international school holidays that donâ€™t match the Indian calendar,â€ says Fernandez of Gambolla.