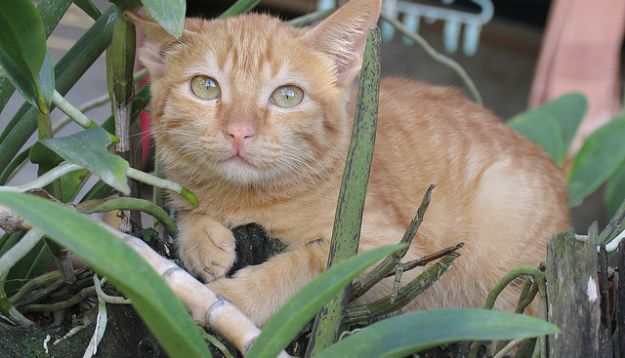 Kathy Griffiths was ready for a change. Deciding it was time to do what she wants before it is too late, Kathy asked her husband to build her a cattery in their yard, reports Bay of Plenty Times.

Called the Top Katz Boarding Cattery, Kathy offers a five star service to all cats that are left with her when the pet parents go on holiday. She concentrates on quality, making sure all of her guest have warm bedding, good food, and specialized living space.

“It took him a year to build and I gave my boss one year’s notice but I wasn’t sure if he believed me so I kept reminding him ever few months,” Mrs Griffiths said.

The business was supposed to be run as a hobby. However seven years later, it’s a fulltime job for Mr and Mrs Griffiths.

The cattery can cater for up to 50 cats at one time and also cater for animals with specific needs.

Owners with multiple cats can house them in one of the cattery’s log cabins, which Mrs Griffiths described as “a big area where the cats can stay together”.

Making sure the cats were well cared for was a very important aspect of the business and Mrs Griffiths said she often went over and above the call of duty.