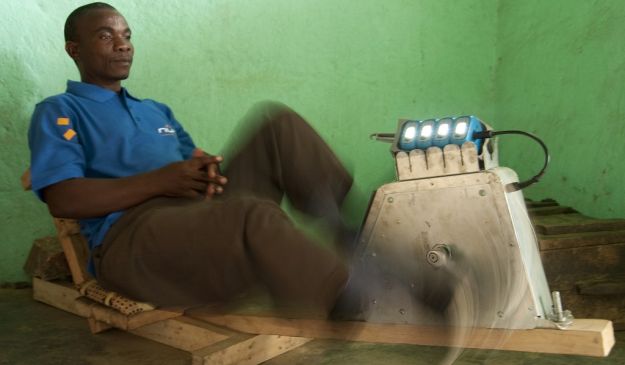 Sameer Hajee wanted to do something good. So he set out with his company, Nuru Designs, and created a product that would benefit the people in third world countries. His device is called Nuru Lights. It works by plugging special light bulbs into the device and pedaling. It charges 5 bulbs at once, providing up to 40 hours of light reports OnIslam.com. An entrepreneurial person within the community can make money by charging a low fee to allow others to use the device.

The machine looks like two cycle pedals fitted on a box and is raised on a stand to pedal on. The machine charges a set of pod light bulbs which can be used for task-based lighting. For instance, studying, looking after a baby at night, and the toilet.

Hajee was proud that his invention tries to use human-power efficiently.

â€œThat is not a tiring speed for a normal man. The machine costs US$150 which is bought by an entrepreneur with micro-finance. The rental is 20 cents per light bulb and the entrepreneur can pay back his loan in six months. In India, there are five entrepreneurs in Madhya Pradesh and Orissa.â€

â€œIt is one thing to develop an idea, but it is quite another to be there to see its success, [and to help] overcome poverty with a simple tool.â€