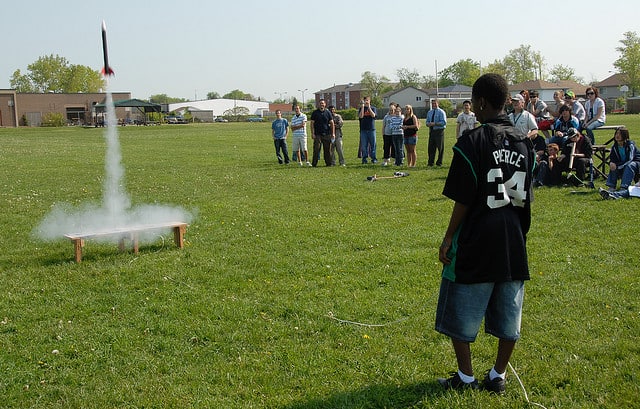 “Did you know that disco record sales were up 400% for the year ending 1976? If these trends continue… AAY!” – Disco Stu

Now that most companies rely on Internet marketing as the primary means of getting clients, there seems to be an increasing emphasis on the importance of collecting and interpreting statistical data about customer behavior.

As a result, companies and Internet marketing professionals have become obsessed with statistics and behavioral data. We want to track every last detail about everyone who sees our ads or visits our web sites, and we want it in real-time.

It’s now a common mantra that the more information that you can collect about your prospects, the more you can refine your campaigns and squeeze out every last penny of value from your marketing efforts.

Although this is true in the short-term, it only becomes a sustainable advantage if you’re able to lock out competitors within your channel.

For example: You can gain a temporary edge by optimizing your AdWords campaigns. But eventually, competitors will figure out your tactics and take that edge away.

In a modern digital age – where the pace of change is accelerating – these periods of “marketing arbitrage” are getting shorter and shorter. Instead of going for small incremental wins, another tactic would be to focus on bold, “disruptive” ideas that will give you a sustainable advantage in the long run. 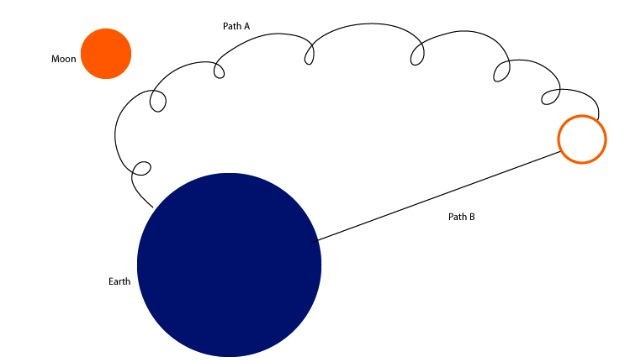 Here’s a metaphor to explain what I mean.

Let’s assume that you wanted to fly a rocket to the Moon. What would be the most “common-sense” way to get there?

Obviously, you set up a rocket and wait until the moon was directly overhead before taking off. Then you would fly towards the moon… periodically adjusting your direction as the moon changes position. You keep doing this until you finally reach your destination. (Path A)

This approach has a few drawbacks:

If you were to use the “common-sense” incremental approach outlined above, your journey would be a long, inefficient corkscrew path. You would most likely run out of fuel before you ever reached the Moon.

A much better approach would be to do something bold and disruptive.

You would collect as much data as you can about the motions of the rocket, Earth, Equator, Sun and Moon, then put together some sophisticated calculations that estimate the shortest possible path where the Moon and the rocket will intersect. (Path B)

I say this is “disruptive” because it involves shooting your rocket into the void of empty space on a calculated bet that the Moon will – in fact – be there once you arrive. Once you launch, you must be 100 percent committed since there’s no turning back.

Sure, you could monitor the real-time position of the Moon as you travel. But that would be a lot of wasted effort since there isn’t much you can do about unexpected changes along the way. All you can do is focus on your plan and make sure that you get to exactly the right point at the right time.

This is similar to how you should think about your marketing and business strategy.

Instead of going after the same customers that your competitors are targeting, why not think about future trends and position yourself as the only company capable of filling the needs of this upcoming market?

Back then, the dot-com bubble had just burst and people were skeptical about the future of business on the Internet. Also, there was very little demand for such a service as “online backup” since bandwidth was very expensive at the time. But the company founders knew that – in the near future – bandwidth would become cheaper and more plentiful, and that hardware costs would continue to fall. Inevitably, people would begin looking for ways to automate manual tasks over the Internet.

Today, it would be hard to imagine a world without online backup.

So while your competitors are spinning their wheels trying to secure today’s customers, think about what you can do to align yourself with tomorrow’s opportunities:

Think about these questions, put together a disruptive plan of action, and shoot for the moon.

Storagepipe’s cloud data protection services have been leading the industry since 2001. Photos by pbeens and NASA’s Marshall Space Flight Center.