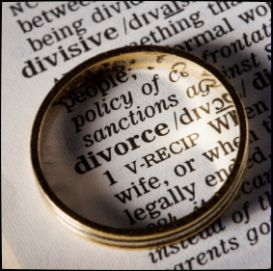 The US divorce rate is seems to be a macabre indicator of the economic health of the country. The divorce rate that fell as the country slipped into recession is rising again, according to the Financial Times.

â€œThere is huge pent-up demand,â€ said Marshal Willick, a Las Vegas matrimonial attorney, who has noted an upturn in his business.

During the recession, couples who were out of work or unable to sell their house stayed married to save money. The percentage of the population 15 years and older who counted themselves divorced dropped to 9.7 in 2009, from 9.9 three years earlier, according to the Census Bureau. More than half of the 1,600 attorneys who are members of the American Academy of Matrimonial Lawyers reported a downturn in their business in 2009, the most recent year for which survey data are available.

Now, those same lawyers are inundated with new clients.