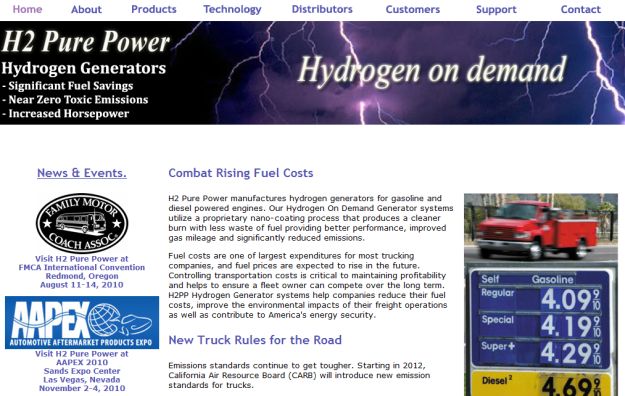 Mary Meadows believes she has the perfect device needed to turn a regular engine into a hybrid, reports The Arizona Republic. She’s not replacing gasonline, but her device helps lower the amount used per mile.

The company manufactures the Hercules Hydrogen System, which is about the size of a car battery and can be installed under the hood or in the trunk. The system manufactures hydrogen, mixes it with gasoline and puts the mixture into the engine by air intake.

The system works with gasoline, diesel, propane and biodiesel.

The system can be traded among vehicles, such as moving it from an RV to a car driven locally.

Long-haul truckers can expect a 30 percent increase in mileage, she said. Cars and pickups have seen increases of 30 to 50 percent, and RVs, 50 percent, Meadows said.

Meadows installed the system on her car, a 1977 Cadillac Eldorado.