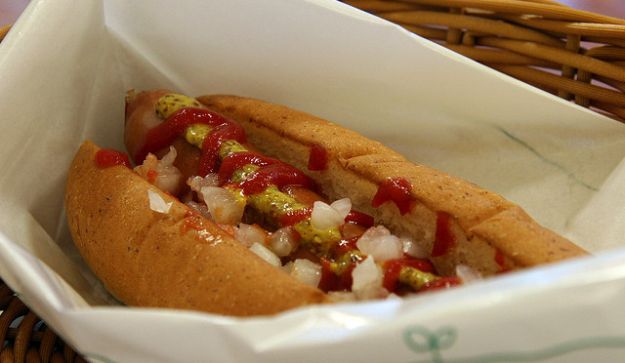 When the economy beings to sag, restaurants are one of the first to feel the strain. According to The Dayton Beach News-Journal, one restaurant is facing financial troubles if business doesn’t pick back up.

The restaurant in its first four years had built a formidable following, attracting tourists, snowbirds and local workers.

But the last three years have been a drag, the restaurant’s owners said. Foreclosures and joblessness have decimated Flagler County, and workers who remain pack their lunch more often instead of forking over a chunk of change for a chili cheese dog and a soda.

The Sabias said they don’t know what to do. Their customers like the food, previously electing the hot dogs “Best Around” in the News-Tribune. And they haven’t raised their hot dog prices.

There are about 180 restaurants in Flagler County, said Peggy Heiser, vice president for tourism development at the Flagler County Chamber of Commerce.

Ten restaurants in Flagler County have closed in the last six months, while 16 have opened during that same period. In Bunnell, one restaurant has closed, while five have opened in the past half-year.

Heiser said she recognizes running a restaurant in today’s climate is tough, but said conditions are starting to improve. She said she intends to reach out to the owners of Hot Diggity Dogs to see if she can help, including going over their social marketing strategy and encouraging them to partner with other local businesses for events.