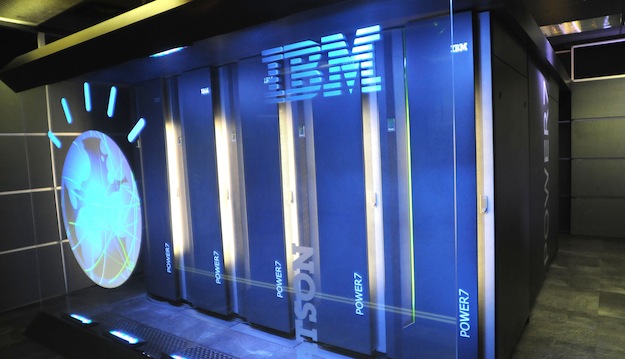 Watson was the IBM supercomputer that played against Ken Jennings on Jeopardy last year. IBM has just announced that the next application for Watson is in sales and customer support.

ExtremeTech has the story:

Think about it: how many times have you asked a salesperson a question about a product, only to have a blank smile or glib response fired back? Even good salespeople can be stumped by tricky and application-specific questions. In both cases, a slow or weak response will result in the salesperson losing the sale. Now imagine if IBM Watson was there to help.

A question answering machine like Watson could be applied to almost every level of commerce. You could have a Watson on the floor at Best Buy, or the support departments of large companies could keep a pet Watson for answering trickier questions. Telemarketers, which are famously bad at handling off-script questions, could be saved by Watson. In a beautiful, self-fulfilling prophetic twist, the first application of Watson in a sales and support role will be internally at IBM, to help IBM sell other Watsons to other companies.

A video of IMB’s Watson absolutely devastating the humans on Jeopardy after the jump.

How Freelancers and SMBs Can Use Events to Drive Business