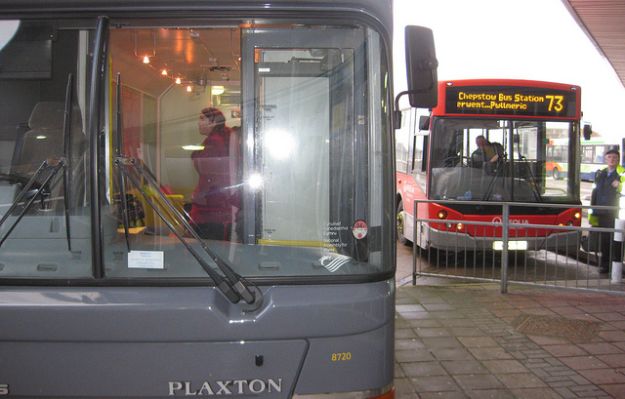 If you thought it was hard to compete against a larger company for customers, imagine running a campaign tour bus company and discovering the government is now offering candidates Secret Service-owned tour buses.

â€œThe government went into competition with me,â€ Williams told The Daily Caller. â€œSomething is not right, or fair about this.â€

Williams, whose company John L. Productions has leased buses to presidential campaigns since 1988, fears he could now lose business over it.

â€œThis eliminates the need for my services,â€ he said, â€œthus killing off another small business owner.â€

In the past, the Secret Service would pay to install extra security features on buses candidates under their protection would lease from people like Williams.

In an interview, Ed Donovan, a spokesman for the Secret Service, said the buses were purchased to offer those under their protection the option of using a more secure bus.

Photo by National Assembly for Wales