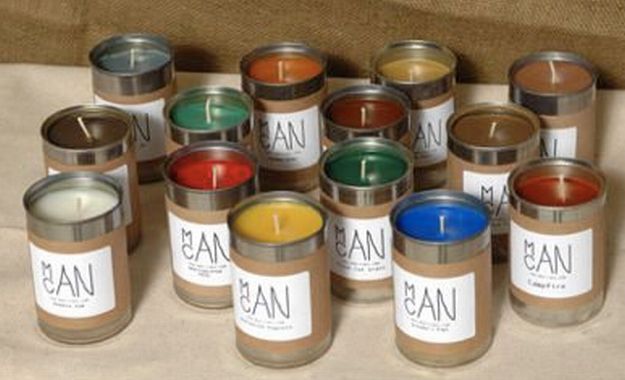 Just walk down the candle isle, and it quickly becomes obvious the market they are trying to reach. Women are traditionally known to burn and enjoy the scent of candles. However, what about men? It was that question which lead a 13 year old boy to start his own candle company.

“It started out as a joke,” Main says. “My sister really didn’t think I would do anything.” But to prove he was serious, Main put $100 of his own money into the endeavor, and his parents put in about $200–with one stipulation: If he wasn’t able to pay them back with money earned from the candle business, Main would have to reimburse them from his paper route earnings. Main admits he was also motivated because he wanted a road bike for triathlons (which he purchased within a month of selling ManCans).

Current offerings of ManCans include Sawdust, Coffee, Fresh Cut Grass, Campfire, Bacon, Grandpa’s Pipe, New Mitt, New York Style Pizza and Dirt. New scents are created mostly by request, Main says–and there have been some odd ones, like cow manure (when asked if he’s going to oblige, Main replies, “Um, no.”), and steak or meat scents.

“Ditch your job, follow your heart & create the business of a lifetime!”Online since 2001, we offer articles, ideas, tips, tricks & excellent resources to help you start your own business. Learn how to create a windfall of cash flow for yourself and your family here on the pages of business opportunities!
Contact us: [email protected]iz