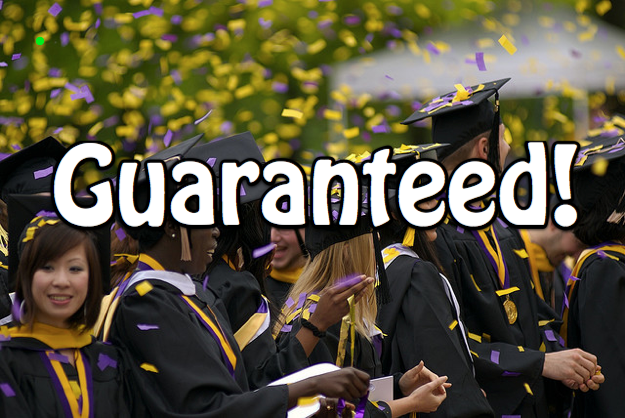 There’s not much you can purchase that doesn’t come with a money back guarantee, except for a college degree. Until recently that is, when fifteen private colleges in the United States began ofering four-year degree guarantees. The Consumerist has more:

Battling concerns from parents and students that they’ll toil in school for a half-decade or more without landing a degree, several private colleges are offering four-year degree guarantees. As long as students agree to meet with advisers and succeed in class, the colleges will waive tuition for any additional years it takes to finish up.

According to the New York Times about 15 schools are offering such programs.