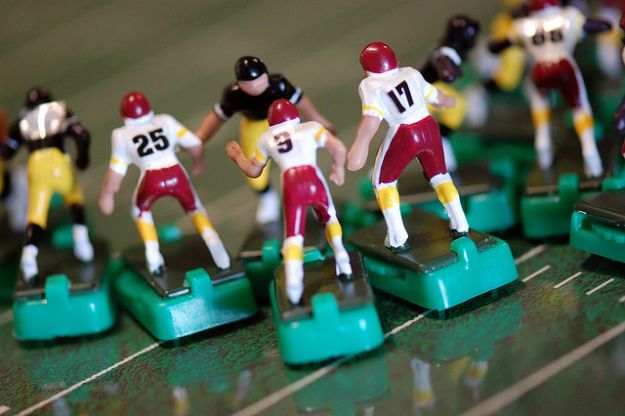 With an electric motor and a sheet of metal, Mr. Sas devised a game that enthralled millions, winning the devotion of generations of children and retaining their loyalty as they grew up.

The electric motor caused up and down oscillations in the metal sheet, which was painted green with gridiron stripes to resemble a football field. The vibrations caused plastic figures to bump and push one another in a miniature evocation of gridiron play that combined an appetite for competition, a fascination with football and an American inclination toward tinkering.