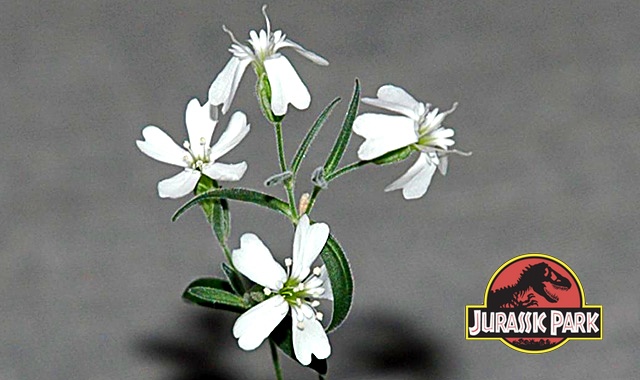 On the frozen edge of the Kolyma River in northeastern Siberia, in an ancient pantry harboring seeds and other stores, an Arctic ground squirrel burrowed into the dirt and buried a small, dark fruit from a flowering plant. The squirrelâ€™s prize quickly froze in the cold ground and was preserved in permafrost, waiting to grow into a fully fledged flowering plant until it was unearthed again. After 30,000 years, it finally was. Scientists in Russia have now regenerated this Pleistocene plant, transplanting it into a pot in the lab. A year later, it grew forth and bore fruit.

The specimen is distinctly different from the modern-day version of Silene stenophylla, or narrow-leafed Campion. It suggests that the permafrost is a potential new source of ancient gene pools long believed to be extinct, scientists said.

The fruits were buried about 125 feet in undisturbed, never thawed permafrost sediments, nestled at roughly 19.4 degrees F (-7 C). Radiocarbon dating showed the fruits were 31,800 years old, give or take about 300 years. Seeds are incredible things, storing the embryo of a new plant and encasing it in protective material until conditions are right for it to germinate.