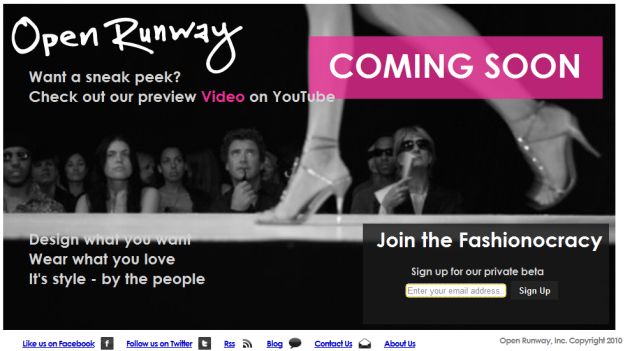 Monika Desai set out a few shoes on a table in a cafeteria at a local business and invited the women there to come down and try them on. From the mad rush that followed, you would think that the big sign announcing “Shoes!” really wasn’t necessary reports Boston.com.

“We got a mob of women,’’ even though none of the footwear was for sale, says the Roslindale entrepreneur. Desai is the founder of Open Runway Inc., which plans to allow women to customize their own pair of heels online, starting at about $140, and receive them in the mail three weeks later. “We were looking for input about how they fit, and our overall concept.’’

The Open Runway website, not yet fully operational, will eventually allow women to start with a basic shoe silhou ette. “You’ll be able to change the material and the trim; it could be a metallic leather or a snakeskin or a suede,’’ Desai says. “The heel could go from stiletto to wedge to a thicker heel. You might want to add a ruffle or a buckle.’’

Though the site will start with heels, Desai plans to expand into boots and ballet flats, and customizable handbags. She’ll invite emerging fashion designers to create their own special shoes on the site, and share in a percentage of every purchase.