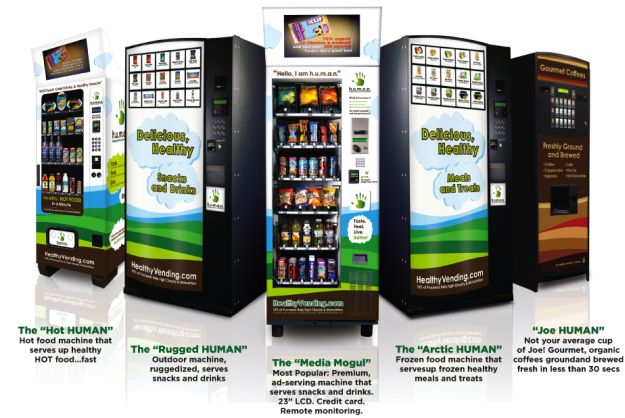 It is no secret that childhood obesity and its associated risk factors have become a great cause for concern across the United States in recent years, but self-described social entrepreneur and advocate for healthy living Andy Mackensen wants to change all that.

“Obesity is getting out of control,” said Mackensen, who grew up in Hampton and is cofounder with Sean Kelly of the California-based company HUMAN Healthy Vending. “It’s an epidemic that we’re out to solve.”

HUMAN, which stands for Helping Unite Mankind And Nutrition, is the official name of a line of vending machines that strives to make healthy food items accessible in places such as hospitals, gymnasiums and community centers.

The machines â€” which are touted as being both eco-friendly and energy efficient â€” can also be found in perhaps one of the biggest battlegrounds in the fight against obesity: schools.

“We need to start where problem is â€” in schools,” Mackensen said. “We want to get healthy products and education in the kids’ minds and hands early so they know how to eat right.”