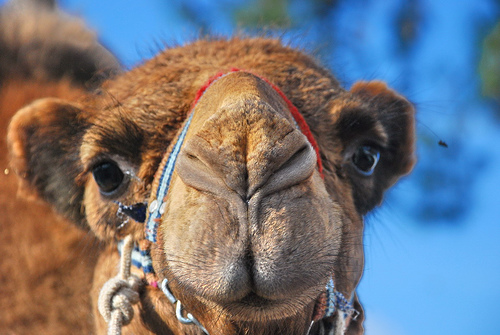 Here’s another camel business idea: This time, they’re being used for meat in Australia.

Business owners and environmentalists in Australia are promoting camels as a source of meat to battle an explosion of the country’s camel population.

The Daily Telegraph said Tuesday that environmentalists support the stance of business owners like Garry Dann, whose slaughterhouse in Australia’s Northern Territory has added camel meat to its production line.

“I know blokes who all their lives have meat for breakfast, lunch and tea, and they wouldn’t know the difference between camel meat and beef,” Dann said.

“Camels can handle Australia’s dry conditions and they are a good source of low cholesterol protein,” he added.